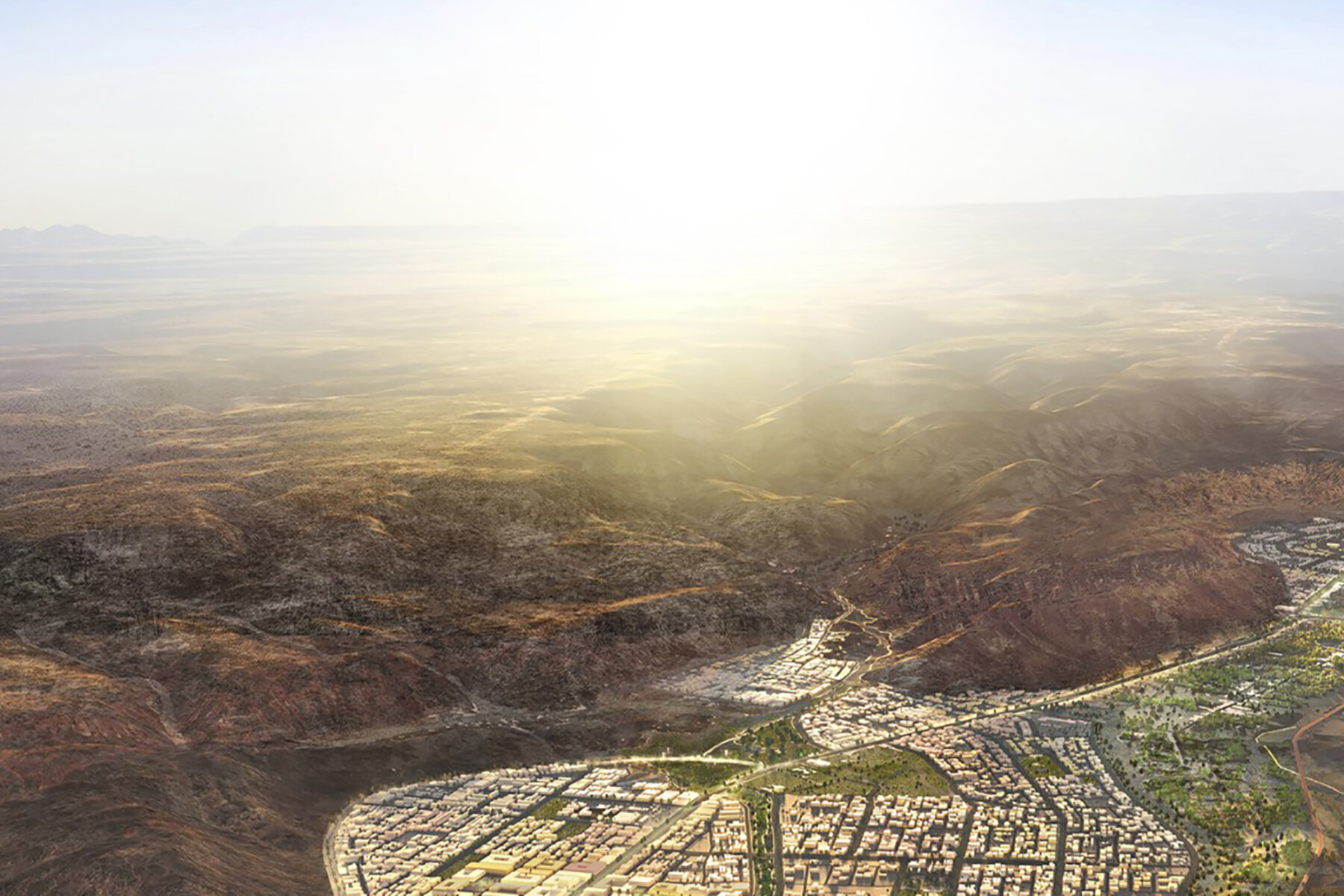 Following on from initial work in 2018 on the overarching Regional Framework Plan, an area covering 22,300km2, Gillespies was subsequently appointed in 2020 to undertake a significant Masterplan component central to the development known as MP2, one of the four masterplan study areas for Al Ula, a UNESCO World Heritage site in Saudi Arabia.

Saudi Arabia's Vision 2030 enshrines three themes: a vibrant society, a thriving economy and an ambitious nation, and these drivers underpin the vision for AlUla as a major regional tourism destination alongside the Red Sea, Amaala and NEOM (all of which Gillespies has been working on). By 2035 Al Ula is forecast to receive 2 million tourists, drawn to its spectacular outstanding natural beauty, including stunning rock formations and the ancient city of 'Hegra', amongst a wealth of heritage assets (with various UNESCO sites).

MP2 is at the heart of Al Ula and features three distinct urban communities, each with its own character and unique relationship with the land: Central (East and West) - the most complete; South - the largest and most substantial; and an area on the outskirts - the most rural with its organic streets and traditional building forms. The concept masterplan acknowledges these differences and uses them as catalysts for a design rationale that sees each develop with a specific function and distinctive sense of place that speaks to its setting and history.

All three settlements combine beautiful open spaces, streets and buildings authentically, acting as exemplars of contemporary Arabic planning, ensuring every inhabitant will have access to high-quality homes, education, employment, places of worship, culture and natural open spaces that remind them of their links to the land. The settlements are united by an extensive landscape strategy consisting of an Urban Oasis and Wadi Renaturalisation project, which forms a natural backbone to the city. MP2 may be rooted in history, but its purpose is to ensure the future of its communities will be evermore successful and sustainable. 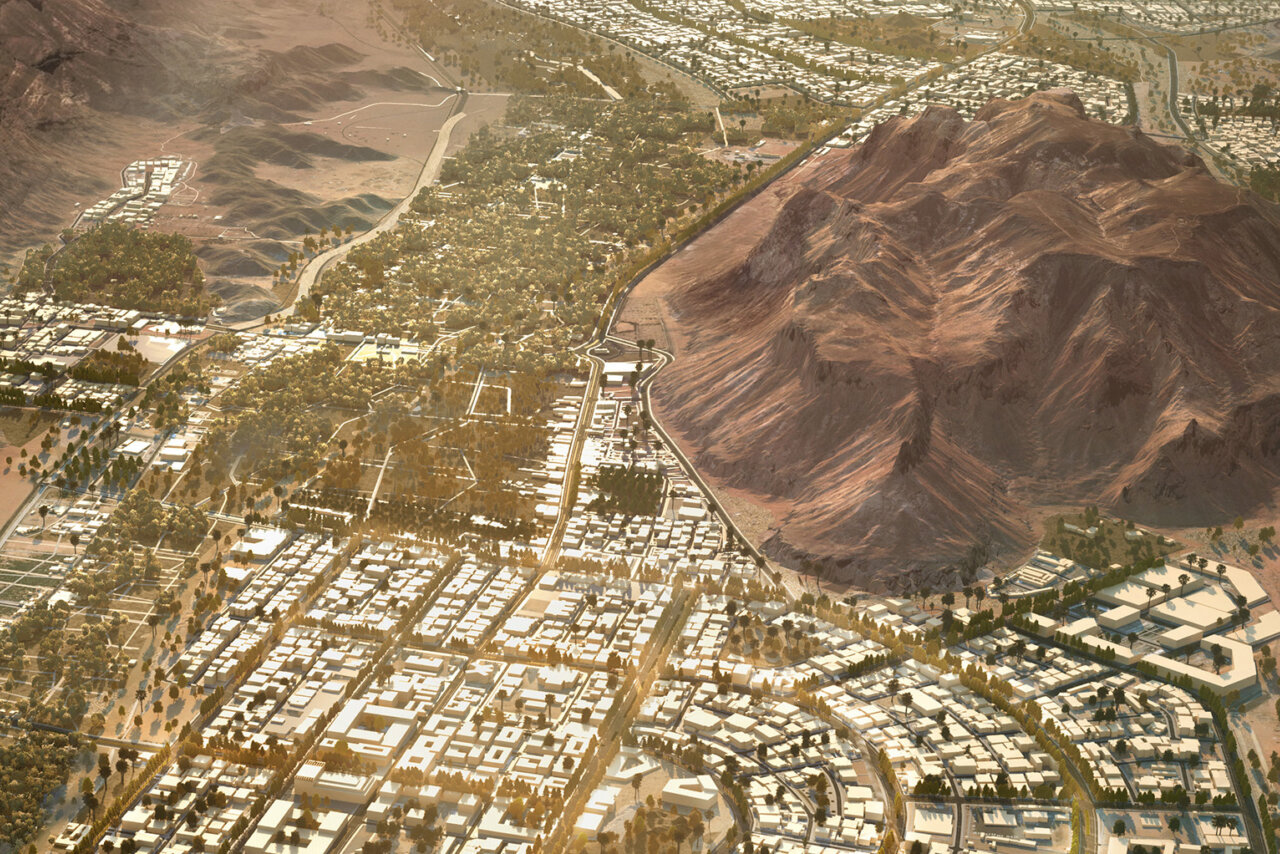