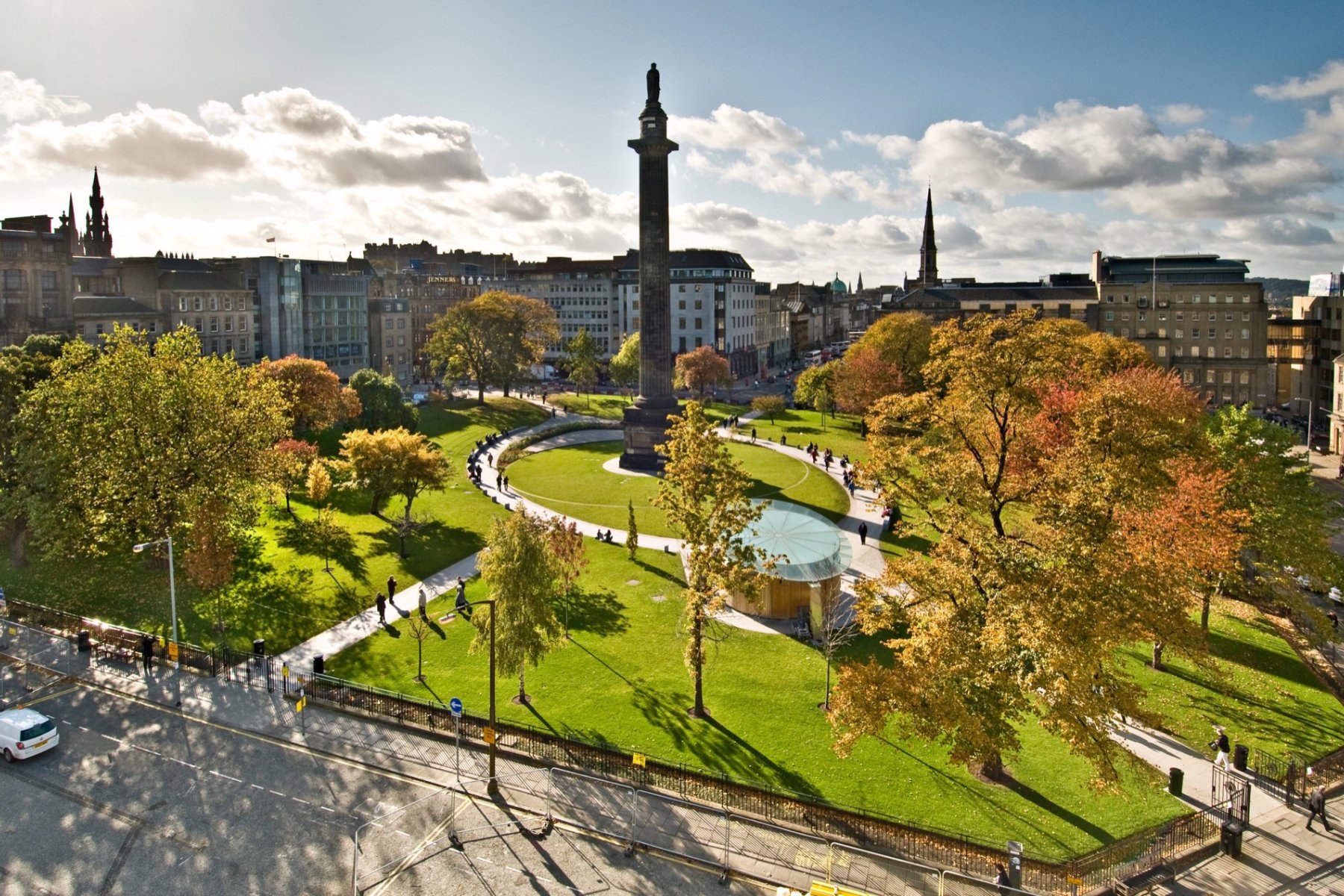 The rebirth of St Andrew Square into one of the most prestigious and successful visitor destinations in Edinburgh’s UNESCO World Heritage New Town is the result of a carefully designed and executed landscape and architectural upgrade by Gillespies.

The beautifully proportioned square was originally created during the first phase of building of Edinburgh’s New Town from the 1760s and was an integral part of James Craig's (1744-1795) design to have George Street flanked at each end with an impressive garden square. The space is distinguished by an impressive 150ft tall column at its centre, the ‘Melville monument’, dedicated to the “uncrowned king of Scotland”, Henry Dundas 1st Viscount Melville.

During the last century, the space had become progressively underused and dilapidated exacerbated by the withdrawal of the banking community that used to define this as the financial heart of the city. Funds were sort to upgrade the square and make it publically accessible and in turn create investment interest in the grand buildings flanking the area.

Gillespies were chosen to undertake the design and delivery of the upgrading works and following a £2.6 million investment by the City of Edinburgh Council in partnership with Scottish Enterprise Edinburgh and Lothian, the upgraded gardens at St Andrew Square were opened to the public in 2008 by then First Minister Alex Salmond.

The design retains the integrity of the original historic square, whilst introducing new elements to accommodate contemporary usage patterns. Two new entrance gates and footpaths have been established in the southwest and northeast corners, alongside a reflective pool framed by waterside planting and a new café pavilion by Gillespies. The design provides a generous and elegant central open space with its focus being the Melville Monument. In 2008 the Melville Monument was restored as part of the Twelve Monuments Project, a joint initiative of Edinburgh World Heritage and the City of Edinburgh Council. The layout recognises the importance of this column in reinstating the visual connection between two of Edinburgh’s main shopping streets and, in particular, linking Princes Street with the Harvey Nichols department store.

The level of success of the scheme is underlined by the level of use of the gardens, which were immediately adopted by the public both as a place for relaxation and as a delightful new route through the city.

The improvements were warmly welcomed by the people of Edinburgh, particularly since unlike most New Town gardens that are restricted only to local residents, the revamped St Andrew Square garden was open to the public. Tens of thousands now use the square each year, which has become a festive focus with an annual open-air ice rink and it has staged numerous public exhibitions and events. The wider area has seen a resurgence in interest and a social and commercial renaissance with more than £1.1bn worth of rebuilding underway in and around the site.

The Landscape Institute recognised Gillespies work in 2009, awarding it their top prize, The President's Medal. 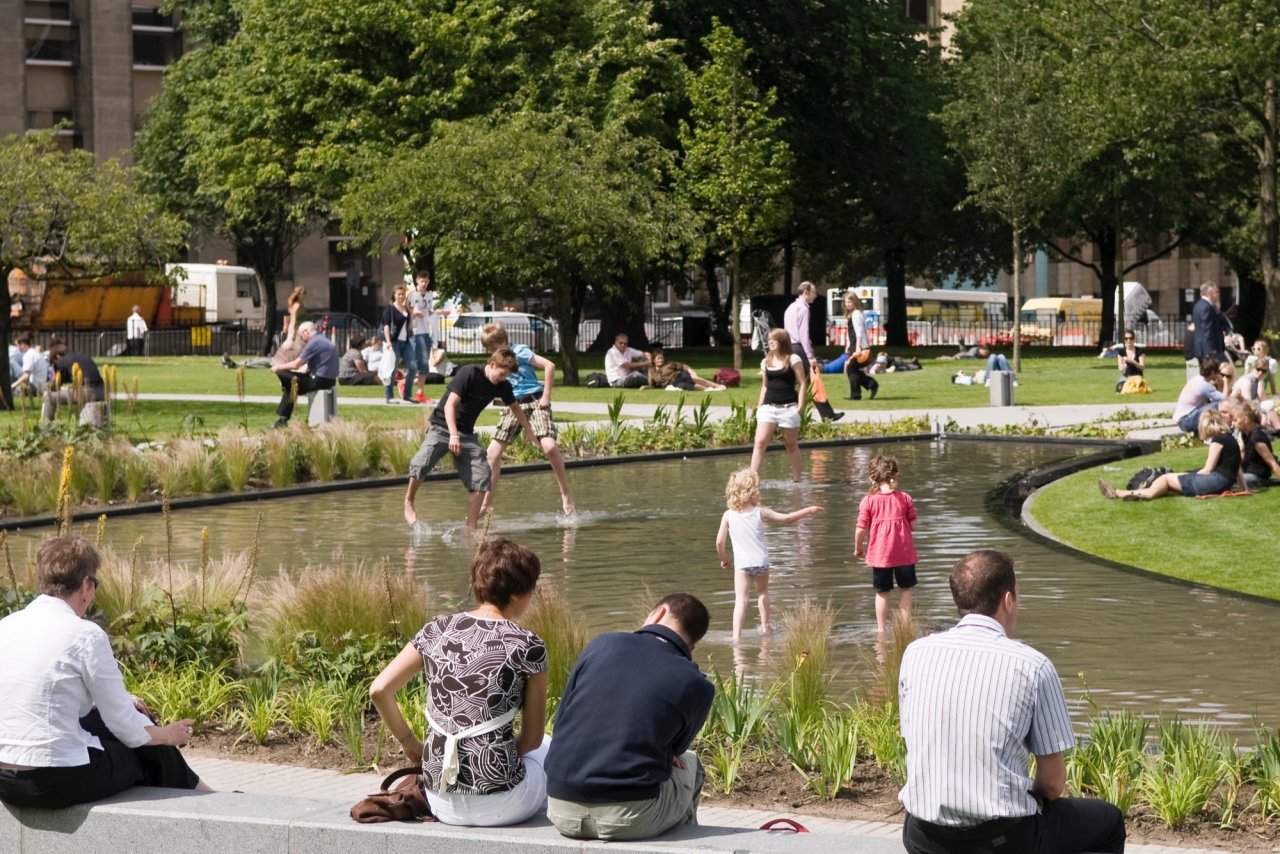 "The vision for St Andrew Square represents a triumph for partnership working in Edinburgh City Centre. Many thanks go to Gillespies and other members of the design team, who's approach to this sensitive commission within Edinburgh's World Heritage Site has been exemplary." 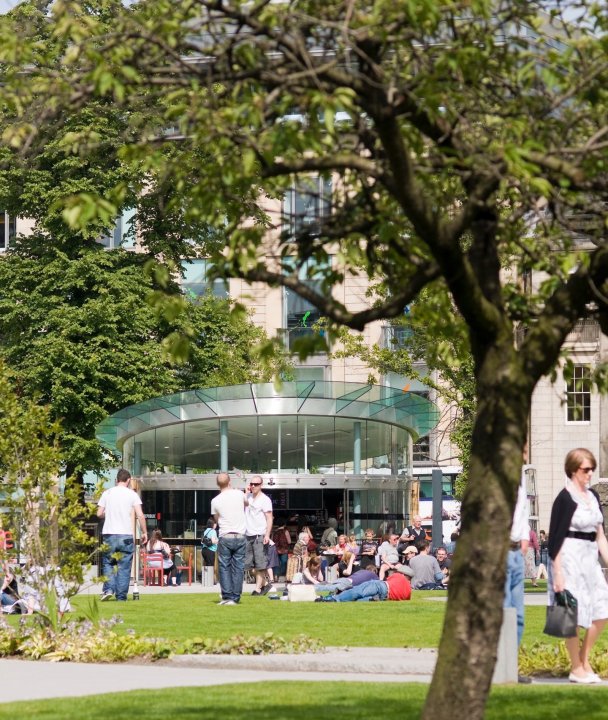 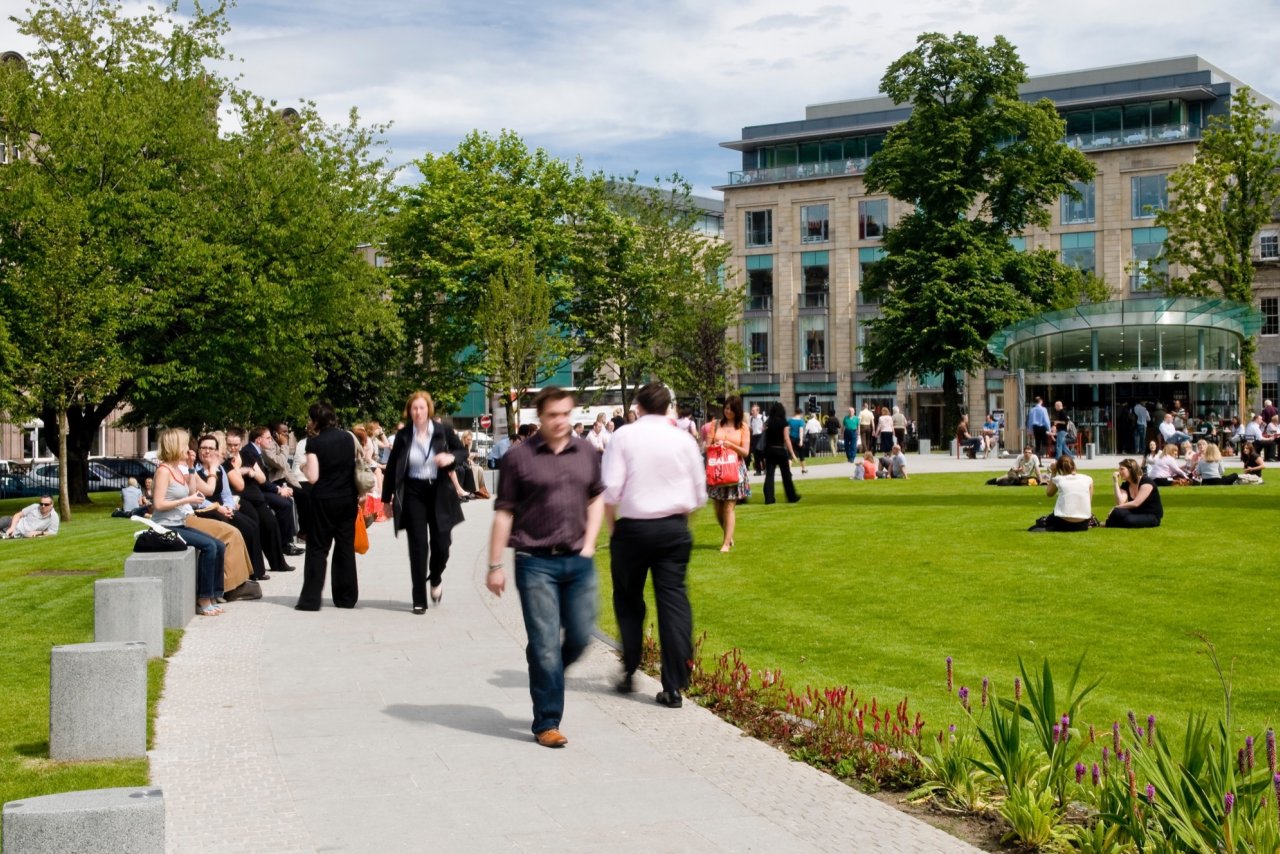 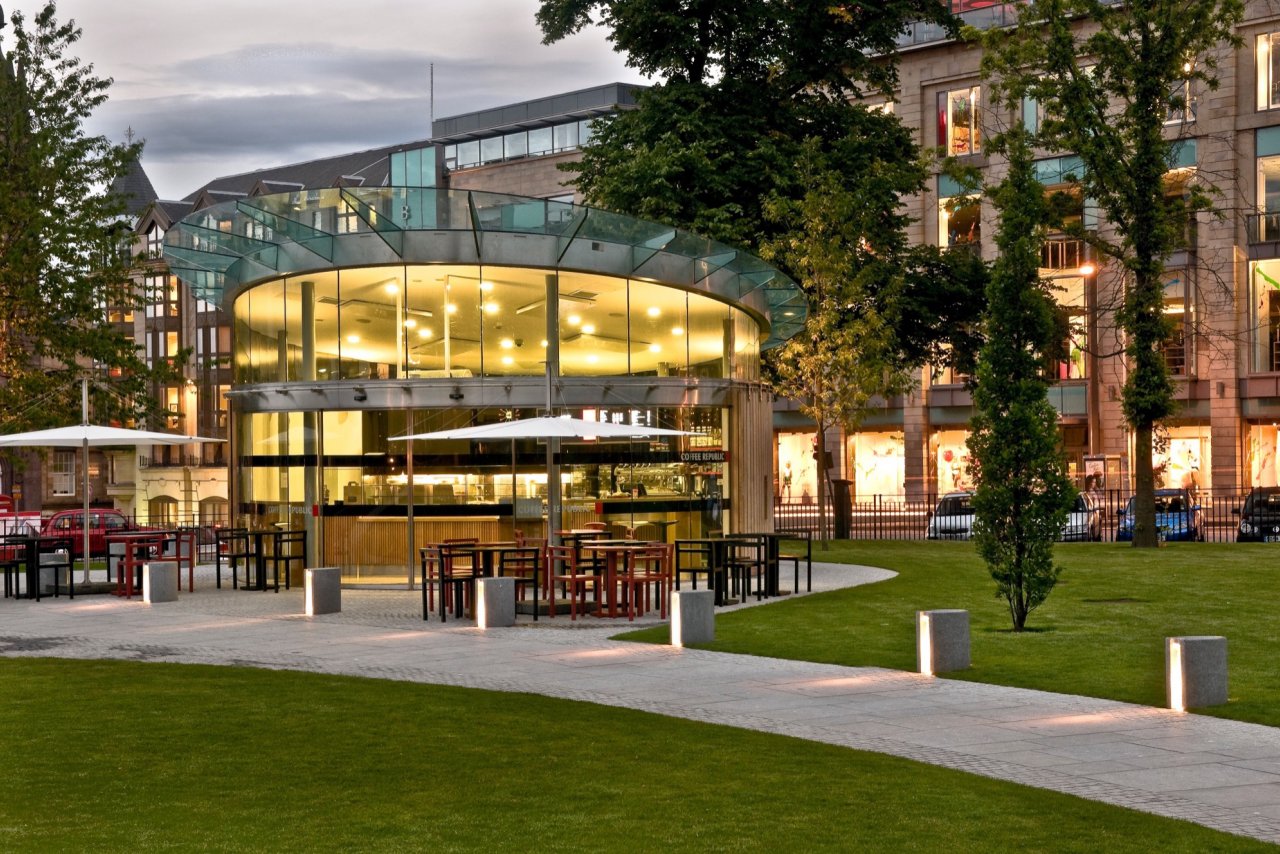 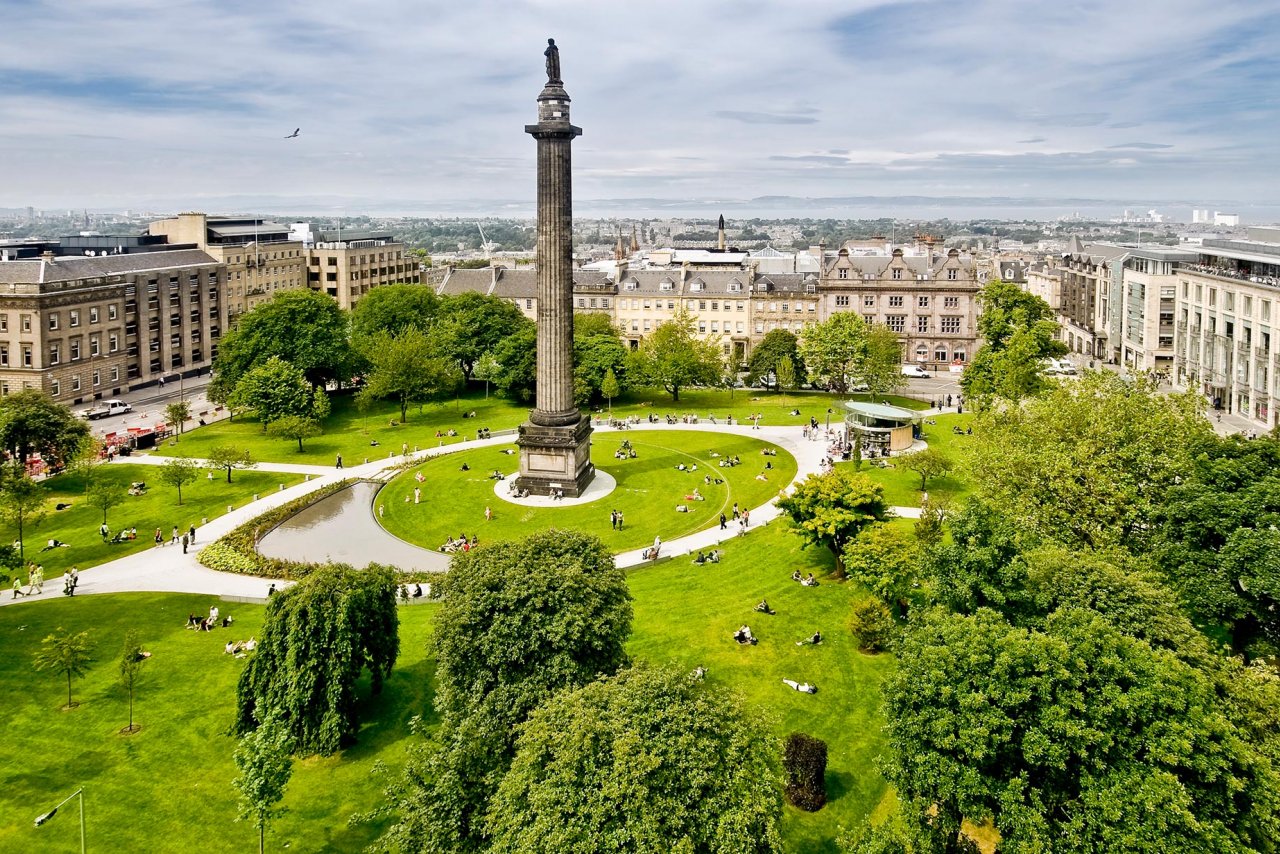 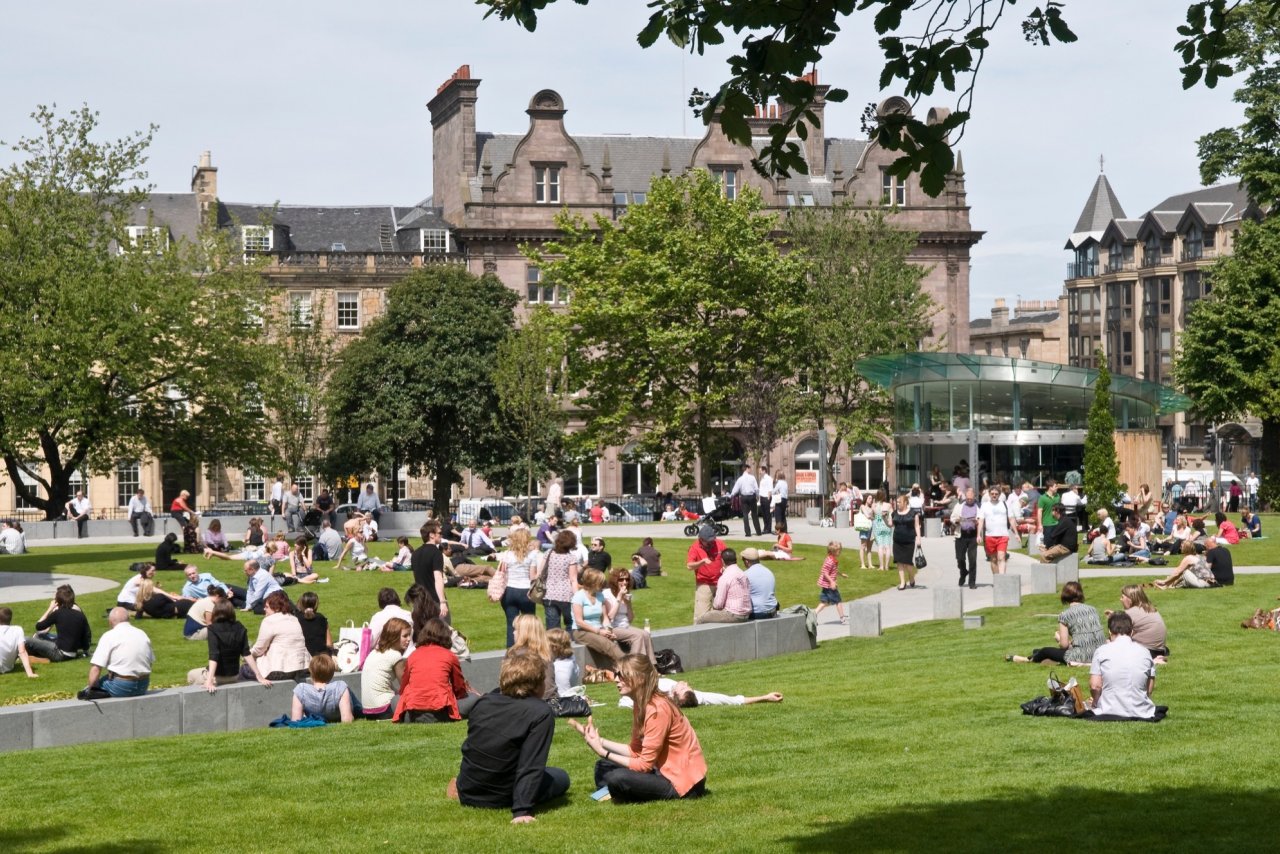 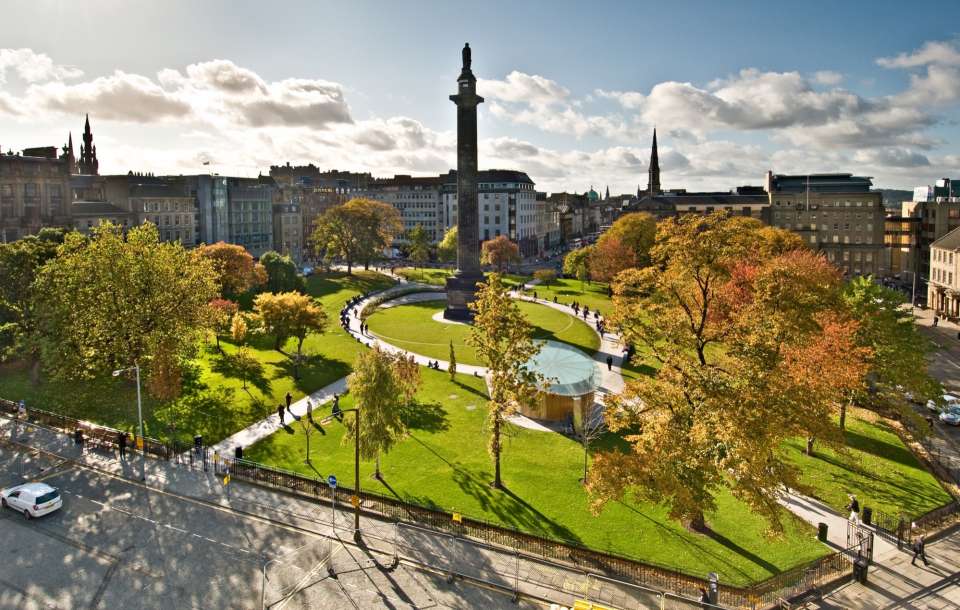 Gillespies celebrates 5 decades of design in 2012 ! 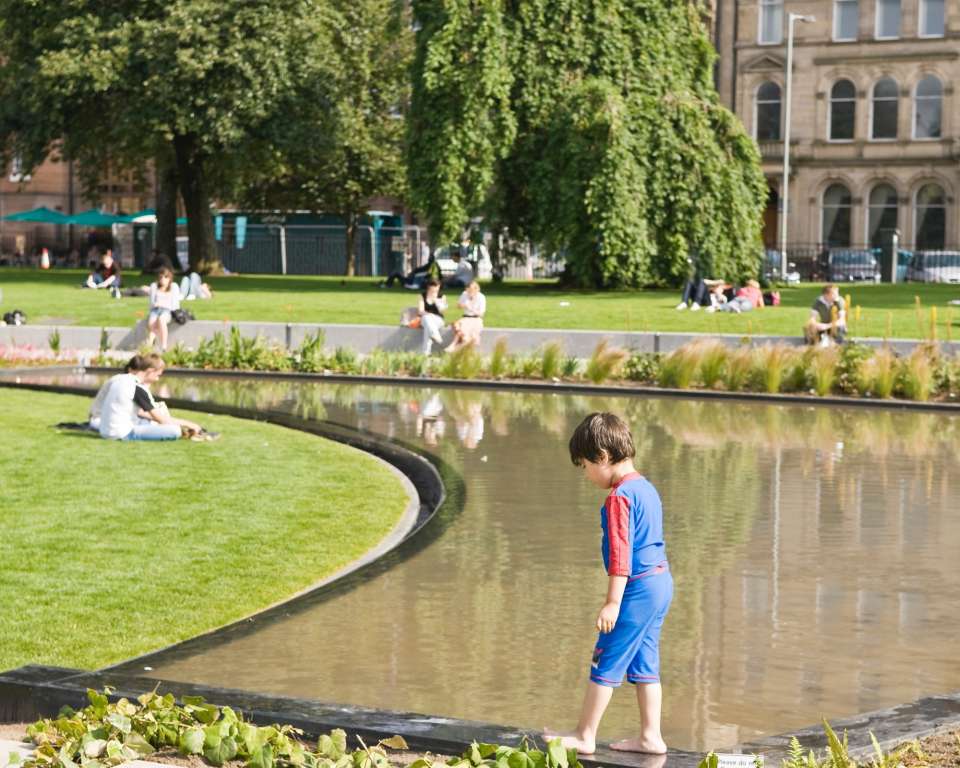 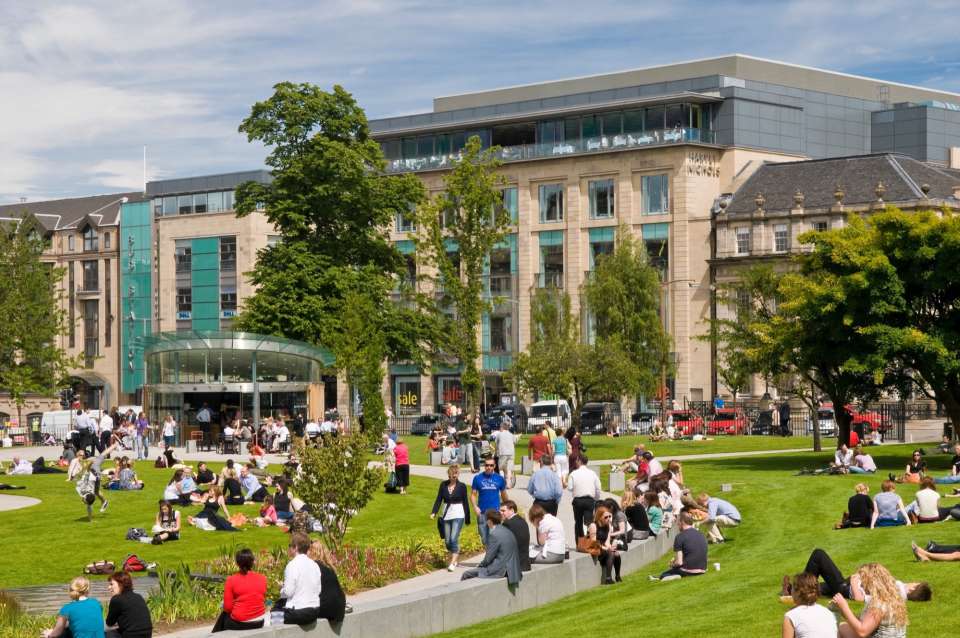 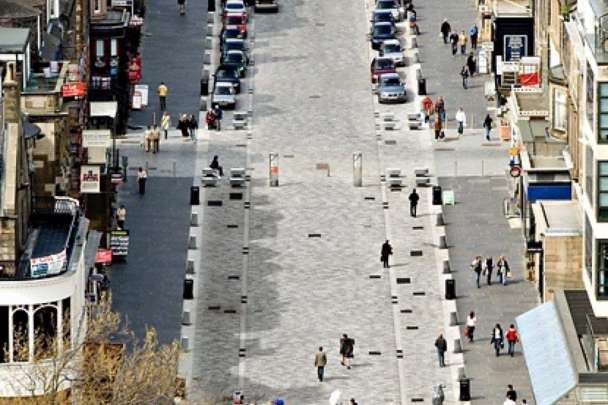 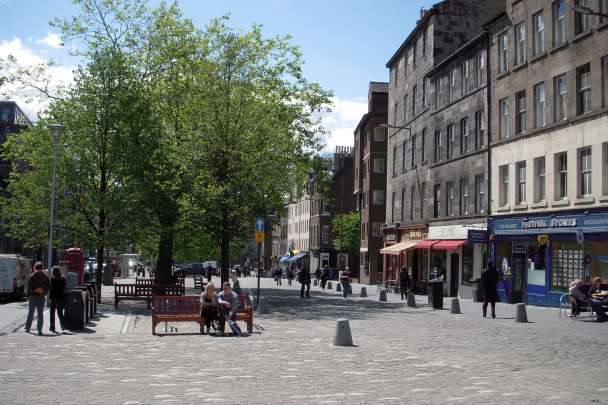 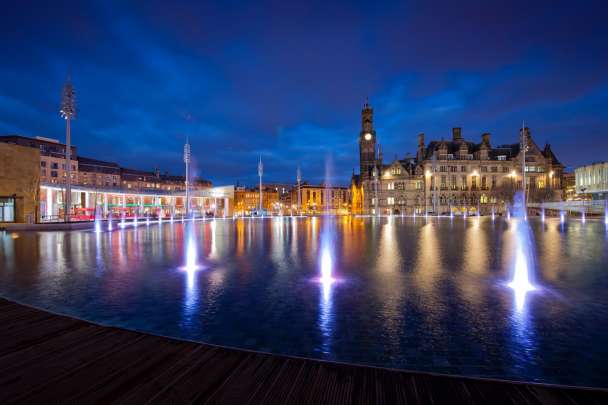