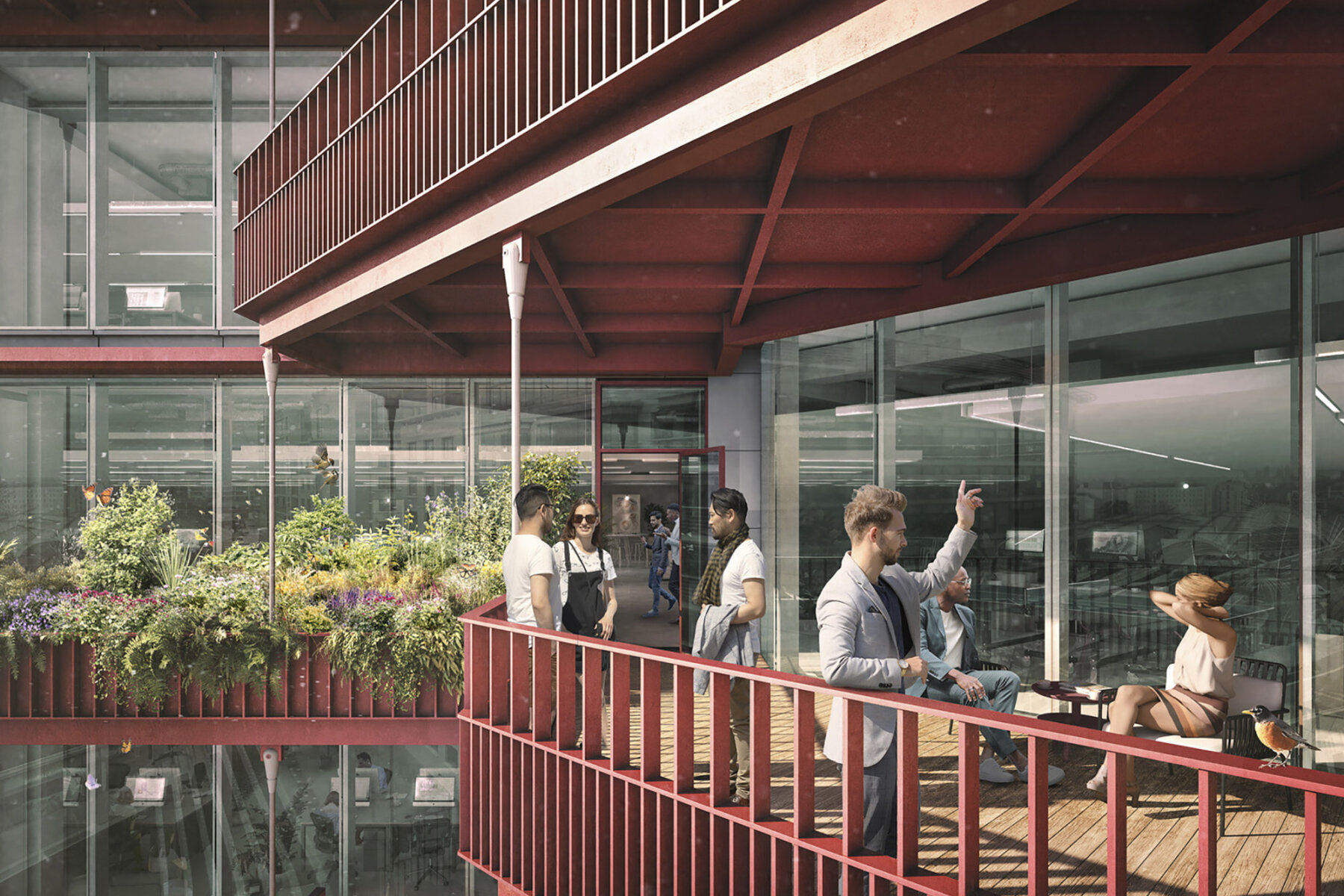 With office workers seeking better experiences and improved connections with nature, British Land is challenging the conventions of the standard office experience – shifting the focus to a more wellness and people-focused approach to office design. 3 Sheldon Square will establish a connection to nature through a series of cascading hanging balconies.

Biophilic design in the workplace has gained significant traction in recent years due to various studies on the benefits to humans from a health and well-being perspective and increased productivity levels.

The retrofit of 3 Sheldon Square in Paddington for client British Land seeks to challenge the default corporate look and feel of an office building, challenging the conventions of workplace design and improving the well-being of occupants by creating a repetitive, sustained and palpable connection with greenery.

Gillespies has created a series of accessible hanging balconies that will transform the appearance of 3 Sheldon Square, originally designed by Sidell Gibson in 2001. The cascading planters will hang from a pre-fabricated red steel structure designed by Morris and Company, softening the appearance of the building while creating attractive views for both occupants, neighbouring buildings and passers-by at street level.

The planting palette has been developed from the RHS’s ‘Plants for Pollinators’ guide to maximise ecological benefit. Plant species have been considered and combined to ensure seasonal and visual interest through form, colour, movement and texture, but also resilience, drought tolerance and robustness against future climate change. The greenery will boost biodiversity and also help to regulate temperatures in the building during the summer and winter months.

Construction is expected to start on site in autumn next year. 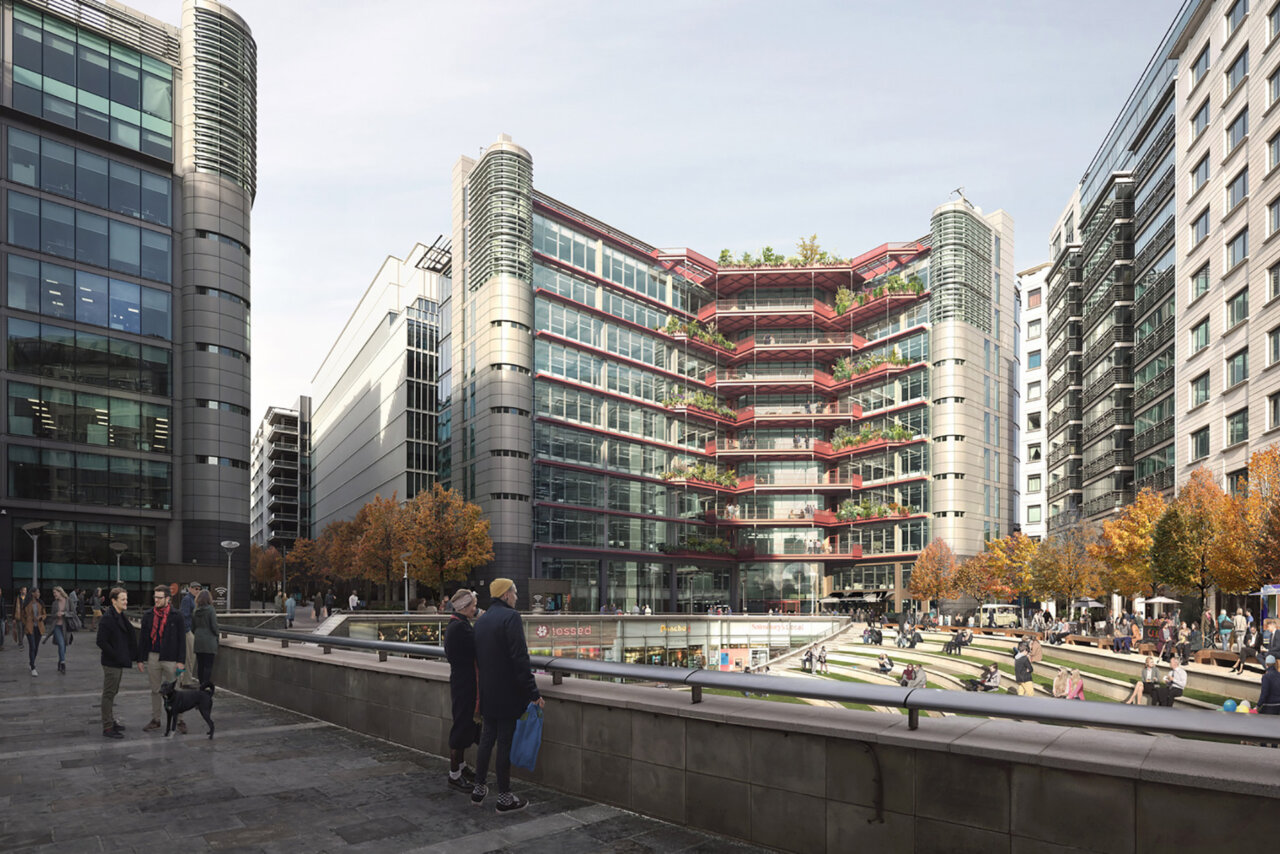 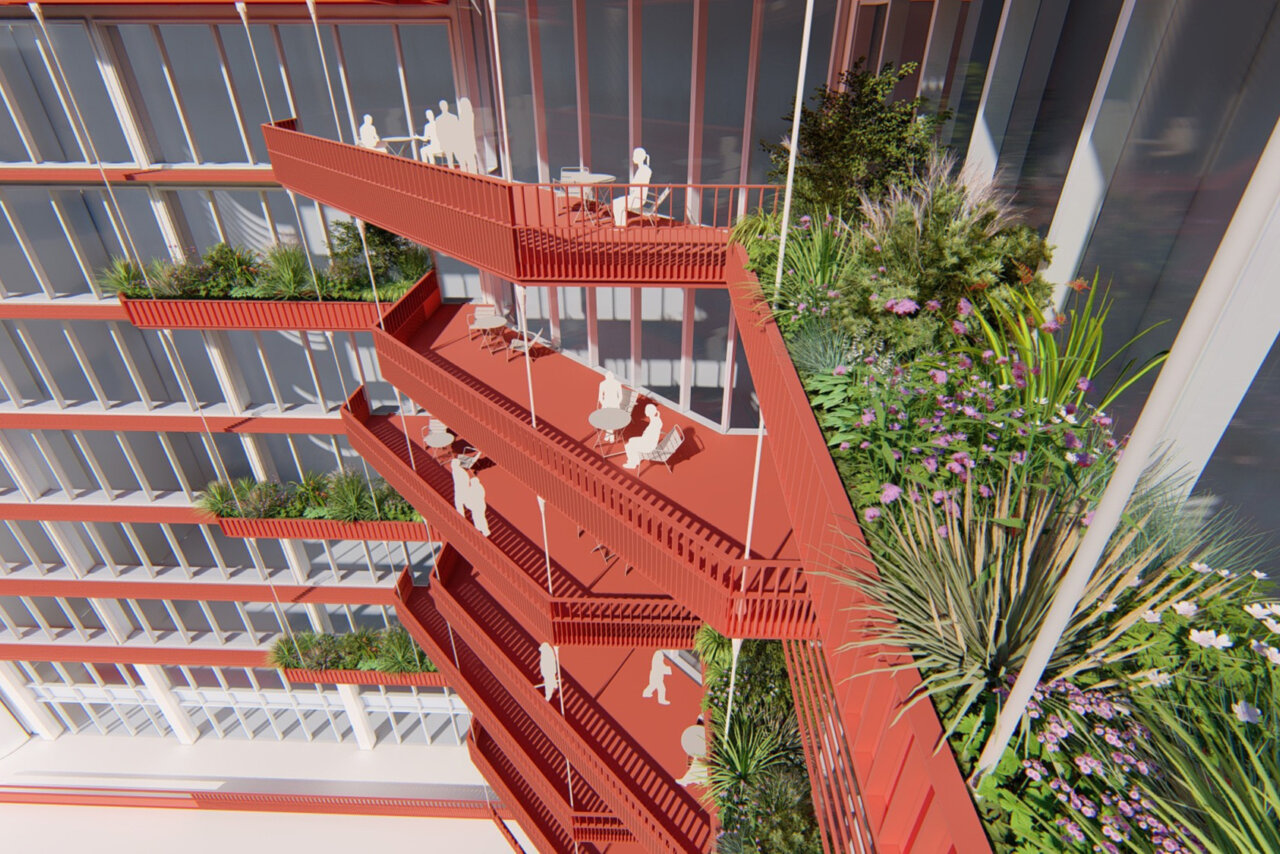 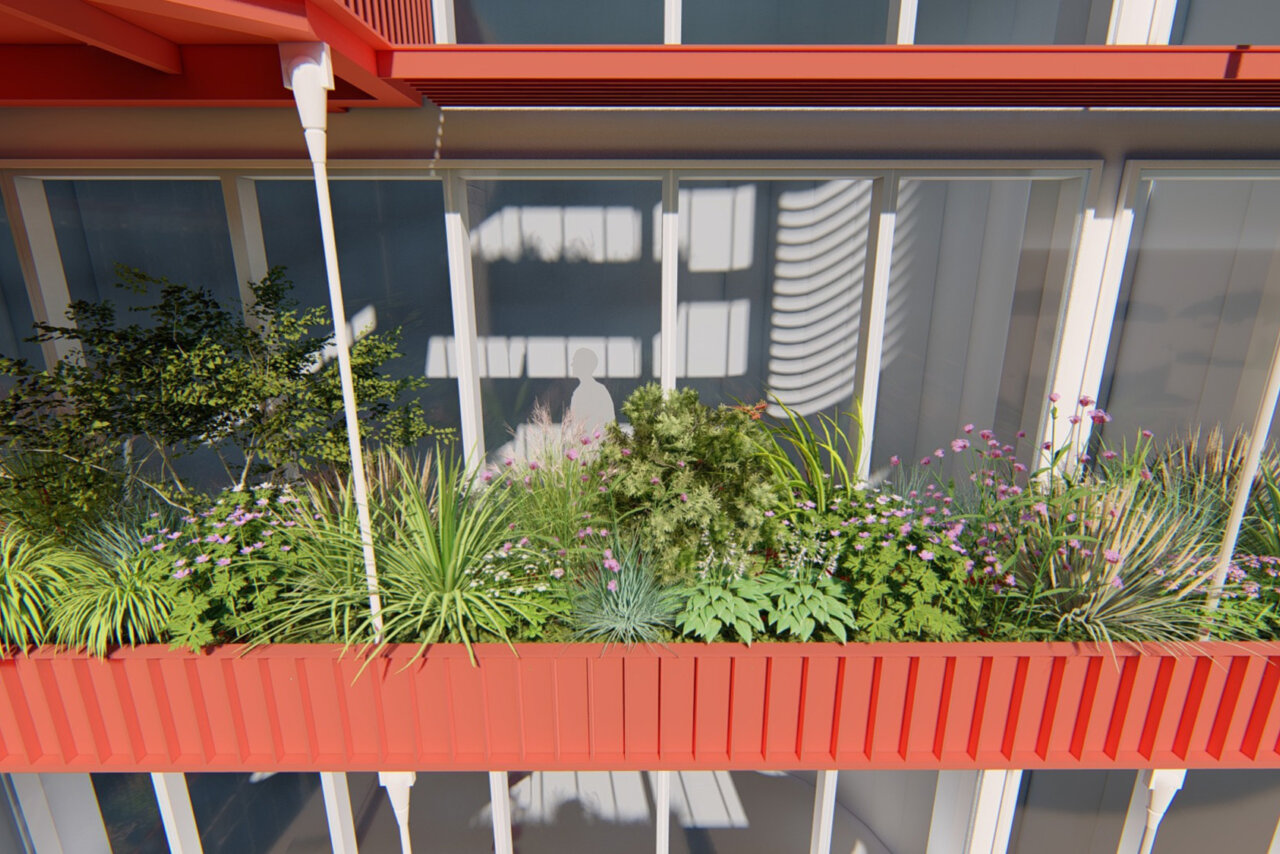 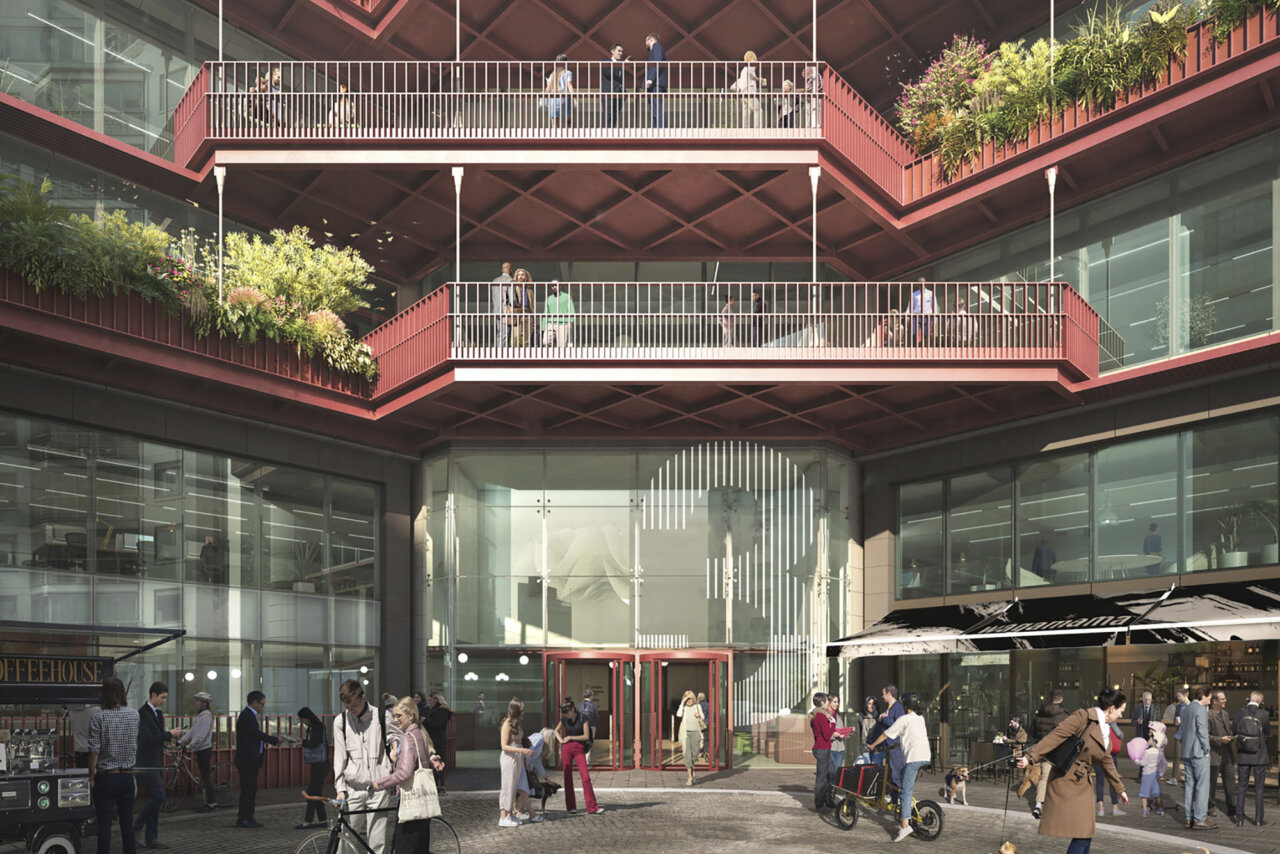