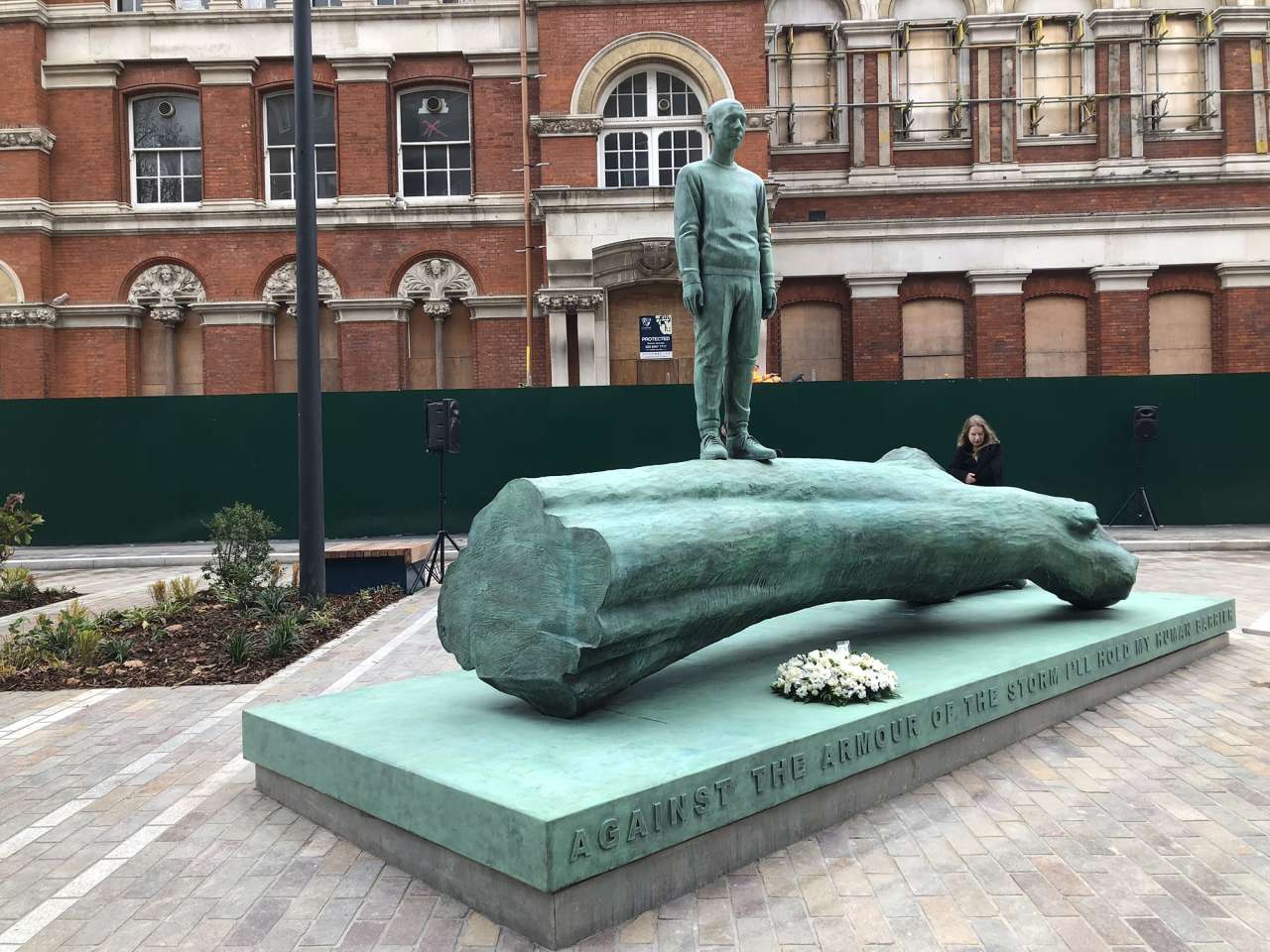 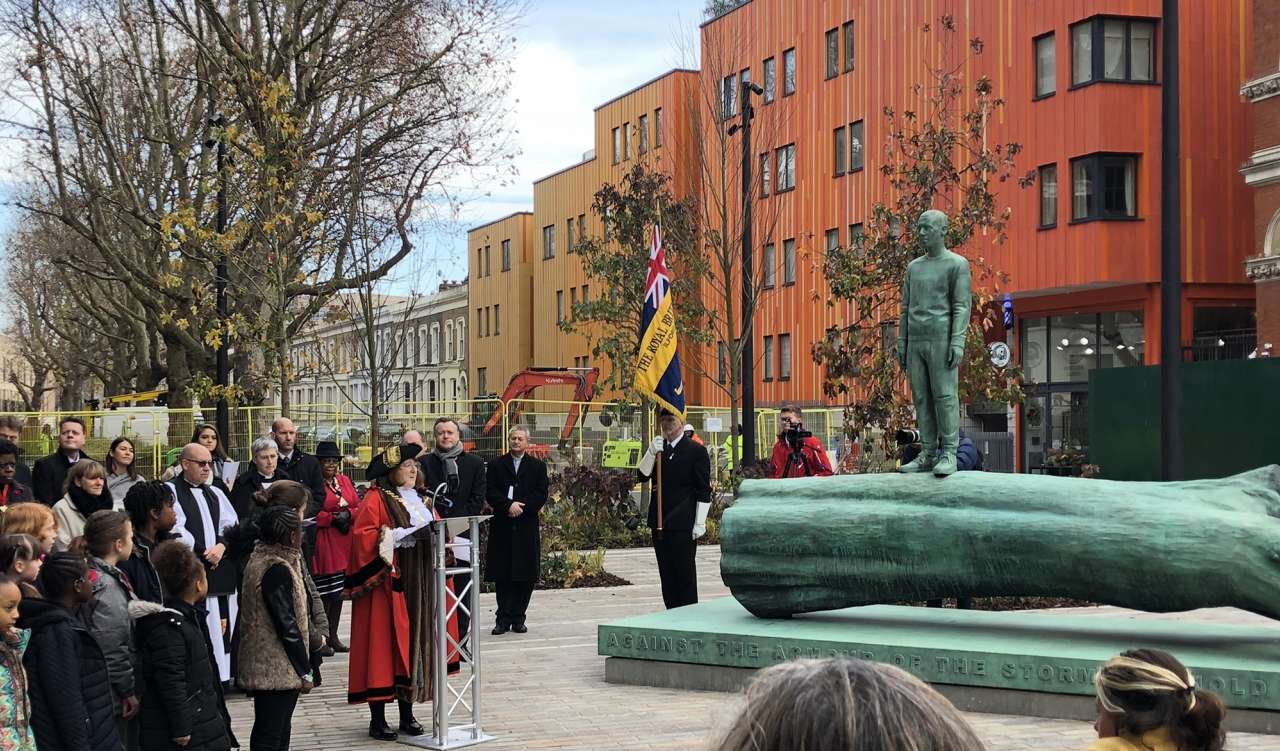 Gillespies attended a special dedication ceremony today to celebrate the unveiling of the new Southwark Memorial, a bronze sculpture that sits at the heart of the borough’s newest public space, Walworth Square. The square, designed by Gillespies, is part of the Elephant Park development by LendLease.

The official ceremony was led by The Very Reverend Andrew Nunn, Dean of Southwark and the Mayor of Southwark, Councillor Catherine Rose, with music from the Choirs of Boutcher CoE School and St John’s Walworth CoE School.

The 6m-long contemporary sculpture is the vision of Scottish sculptor Kenny Hunter and serves the symbolic purpose of a memorial to war and conflict. Commissioned by Southwark Council, with support from Elephant Park developer Lendlease and the Contemporary Art Society, the memorial’s design depicts an anonymous boy standing on a giant, fallen tree. It bears the inscription “Against the armour of the storm I’ll hold my human barrier” – a line from a World War Two poem by Hamish Henderson.

Kenny Hunter, said, “The sculpture is structured around two coexisting dualities. The first sets in opposition to the trauma of war to the idealism of childhood innocence as expressed through the fallen tree and the figure of the youth. The second is between this horizontal bronze tree and the living trees that surround it. One is memorialised, while the others continue to grow and change.”

The unveiling completes the Armistice Day remembrance events that have been held across Southwark this November.