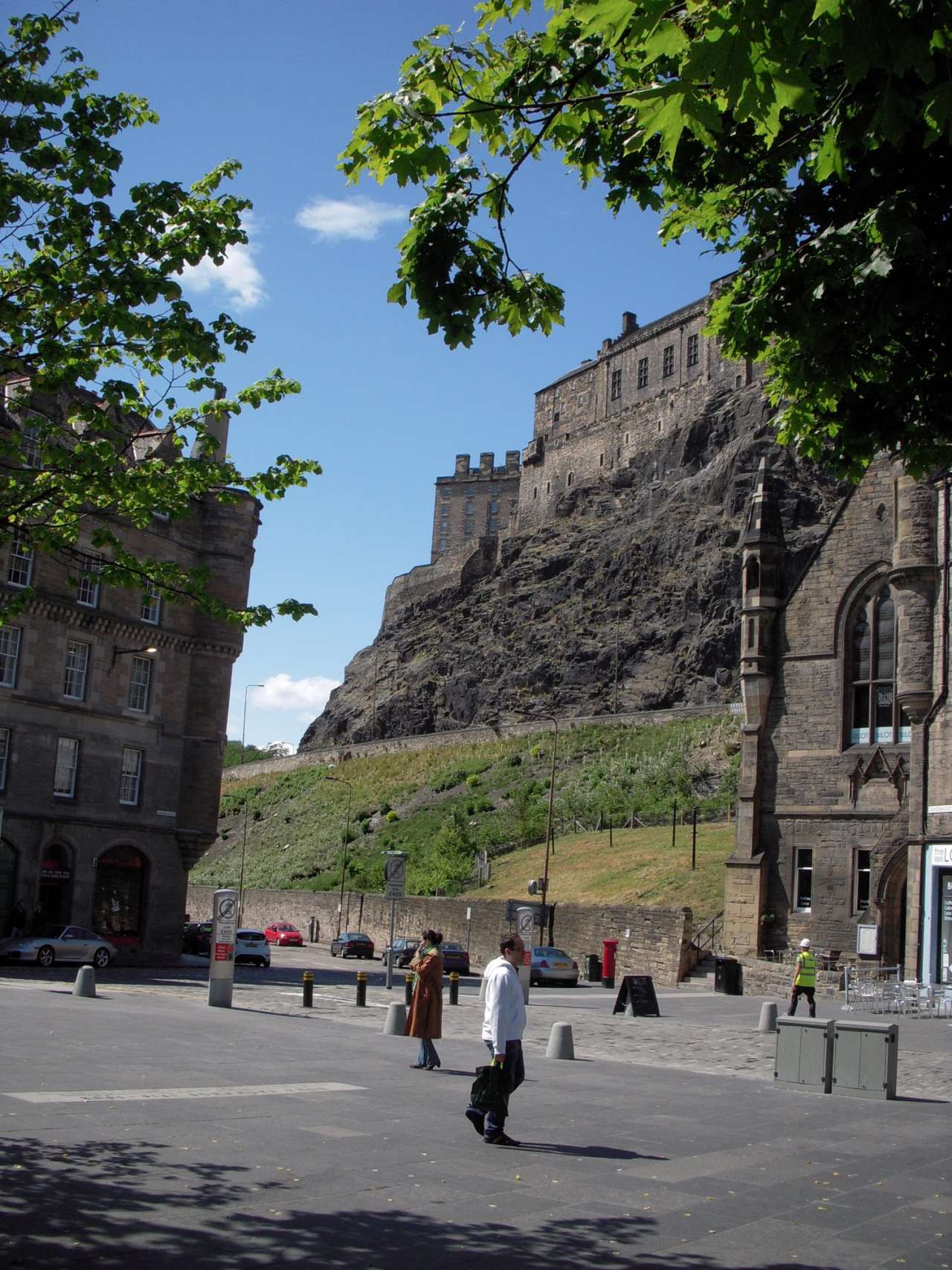 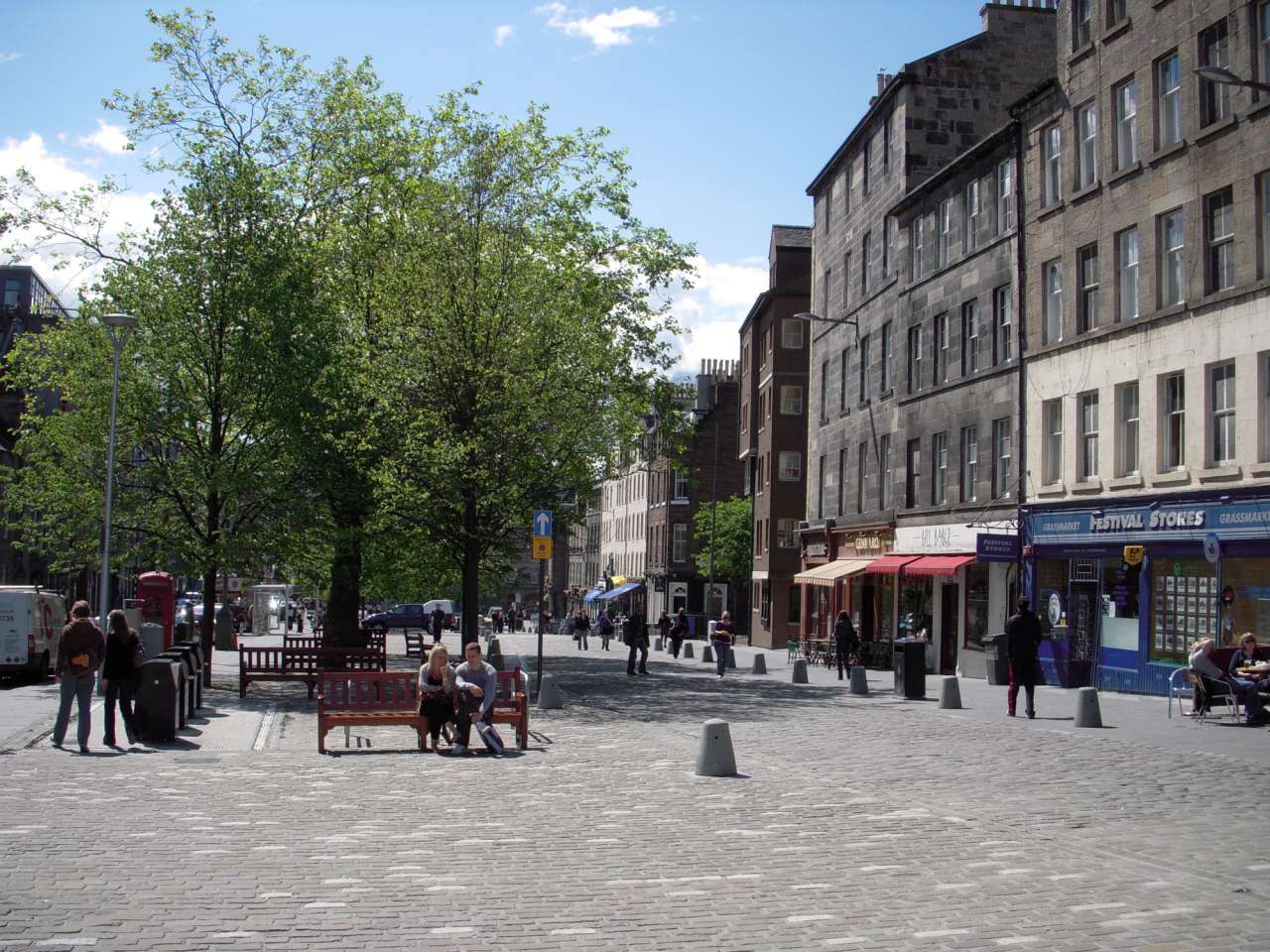 The Grassmarket redevelopment project in Edinburgh has won the 'Development on the Ground' category at the Scottish Government Awards for Quality in Planning.  The award underlines the importance of this regeneration area within Edinburgh's UNESCO World Heritage site and the success of the public realm designs by Gillespies that have transformed it.

The Grassmarket is the largest open space in Edinburgh's Old Town and an important focal point.  The layout of Grassmarket still follows its medieval street-plan, when it started life as a marketplace in the 1300s.  As part of a wider programme, the City of Edinburgh Council recognised that improvements were required to the public realm in the city centre to enhance its vitality and maintain Edinburgh's competitiveness with other national and international cities.

A regenerated Grassmarket has helped to deliver on key aims for Edinburgh's City Centre that include enhanced economic development, public life, heritage management and sustainable development.  The major project was promoted jointly by the City of Edinburgh Council and Scottish Enterprise, in association with the World Heritage Trust, Historic Scotland and Essential Edinburgh.

As with any historical district, the challenge for Gillespies' public realm design team was to retain the characteristics that make historic Grassmarket unique, while creating a contemporary place that enhances local life for both the public and business community.

The new public realm design was based on an understanding of the multiple uses of Grassmarket, by day and night, and also draws on feedback from extensive consultations with the public and stakeholders.  Consultations had highlighted that a nightime culture of excessive drinking and anti-social behaviour had contributed to a negative perception of the area.  The Community wanted to reclaim the area for all ages and family groups.  It was therefore intrinsic in the design to make the area more attractive for the wider public enabling Grassmarket to host regular events such as markets, dance events, film shows and concerts.

The regenerated Grassmarket recovers many of its original qualities, previously lost due to increased traffic over the years.  Changing the balance between vehicles and pedestrians was key to improving Grassmarket's appeal as a walkable neighbourhood and has seen local pubs and cafes embrace a continental-style cafe culture.  Together with a vibrant retail scene, where an eclectic mix of shops includes boutiques, vintage and craft shops, it makes for a thriving economic district.  Linda Curr, Partner at Gillespies who led the design team comments:

"To retain Grassmarket's distinct identity, it was crucial that our public realm designs worked in harmony with its history but also took into account contemporary uses and the problems and aspirations raised by the local community.  We used simple design concepts and re-used existing natural materials to redefine the space of this medieval market place. While the ancient streets have survived, the new design breathes new life into them and promises to secure enjoyment of this area of Edinburgh for future generations."

Grassmarket today has a strengthened sense of identity. The public realm design enhances the quality of life for local residents and businesses, and is an exemplar for future design within Edinburgh's World Heritage Site and other major cities.