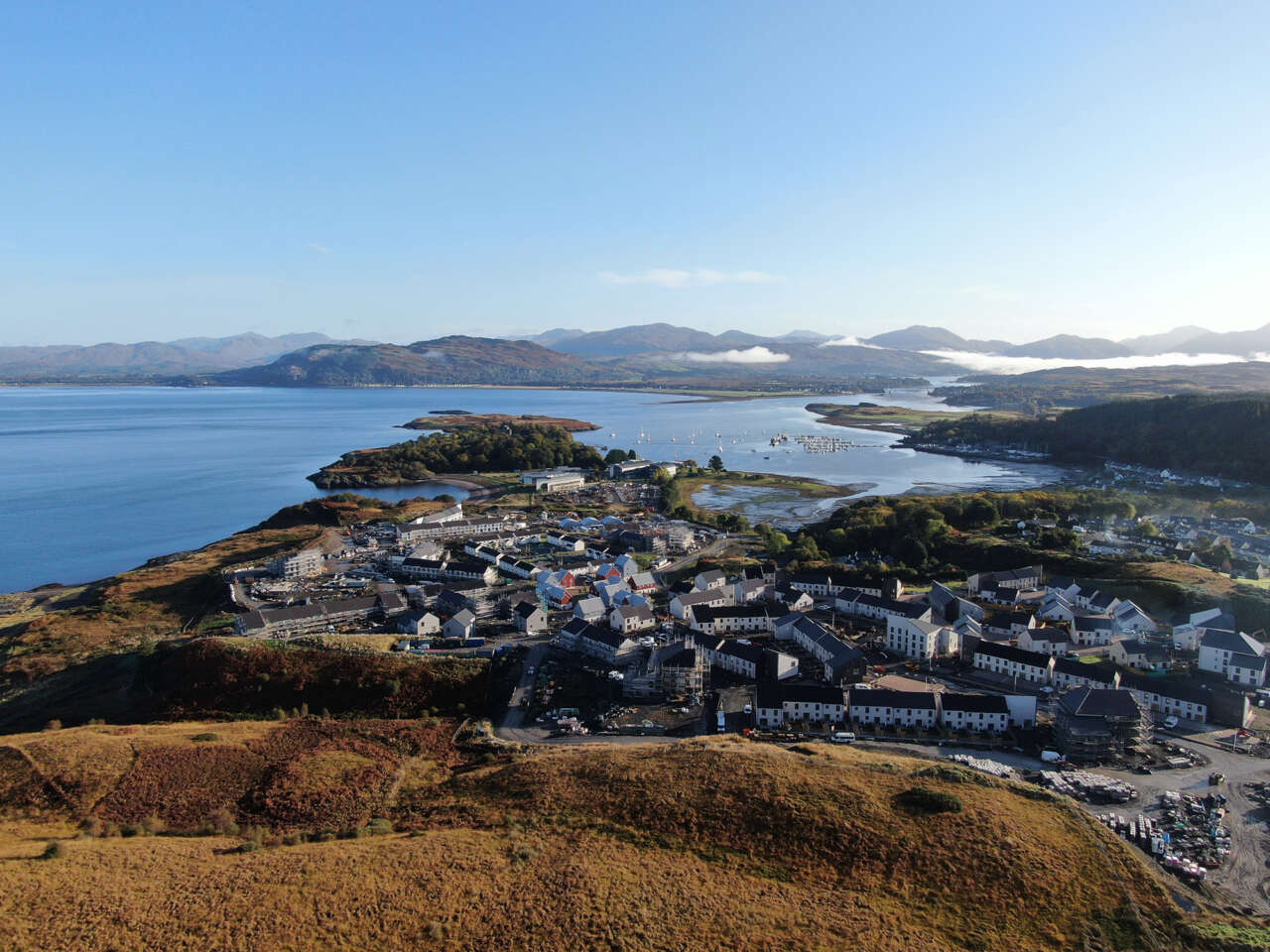 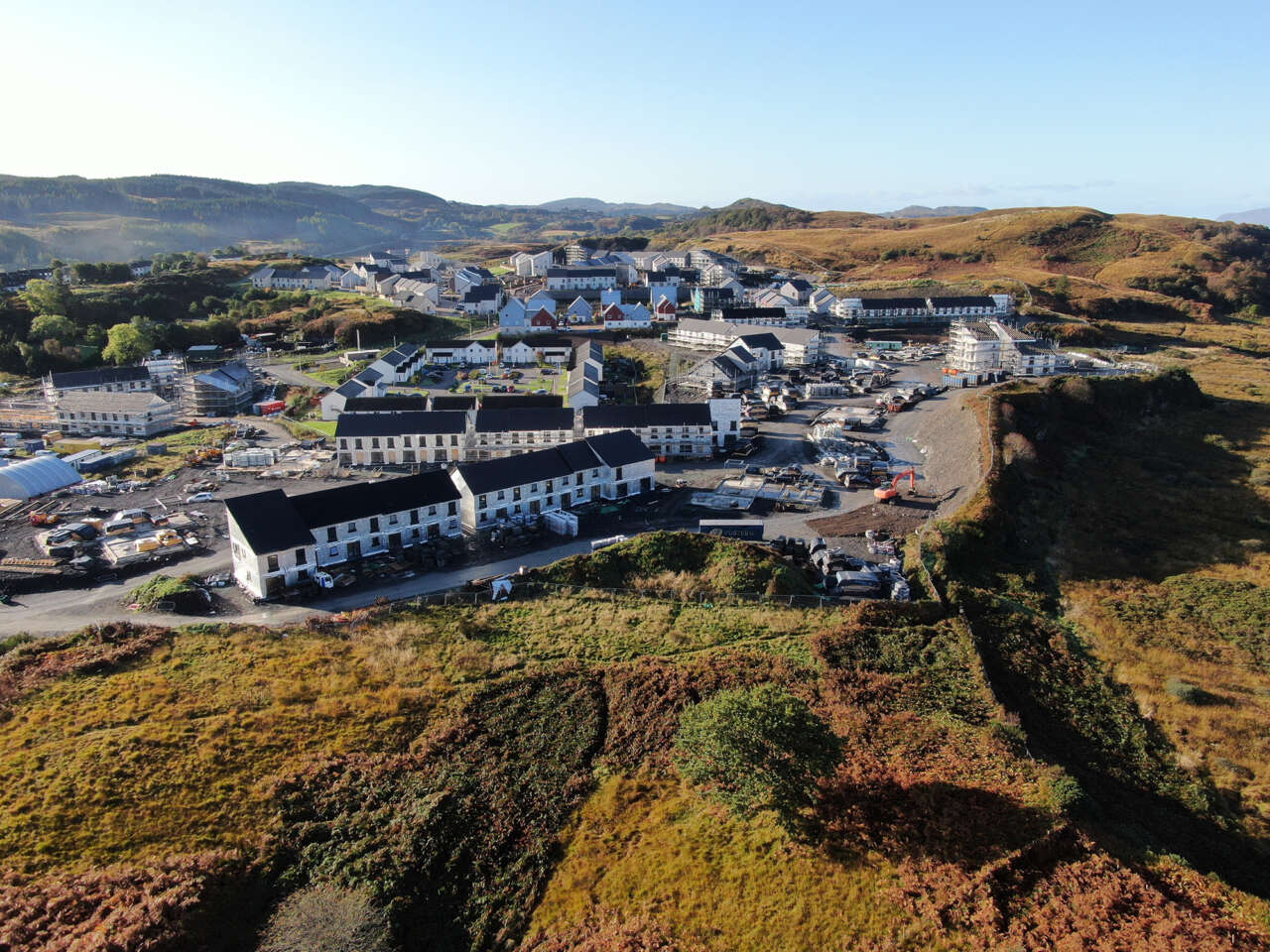 We are delighted to share these breathtaking aerial views of site progress at Dunbeg Phase 3, a new 300-home residential settlement north of Oban in the West Highlands of Scotland.

The development was conceived by GIllespies as a cluster of connected neighbourhoods, nestled within woodland clearings and rolling coastal heathland to provide residents with immediate access to the area's natural assets: a series of shared-surface streets and open spaces, including play spaces will allow a growing community to flourish.

The new neighbourhoods that are now emerging at Dunbeg will be protected by extensive tree planting that will eventually connect up remnants of designated Ancient Woodland that surround the dramatic coastal setting. The deployment of sustainable urban drainage across the site embraces the existing landscape for focal areas around ponds, maximising local biodiversity to reduce the impact of flooding from future extreme weather events.

The Dunbeg Phase 3 project is being constructed by Macleod Construction Ltd and is due for completion in August 2022 with initial sub-phases already occupied.

The realisation of this project for Link Group is the result of a process that started in 2015 when GIllespies was invited to undertake a landscape-led masterplan with Elder + Cannon for the "Dunbeg Corridor," collaborating closely with Argyle and Bute Council, Architecture and Design Scotland and Scottish Natural Heritage. The design principles from Gillespies' Masterplan and Landscape and Visual Impact Assessment work on this challenging and sensitive site will also guide subsequent phases that are to be developed by Link Group over the coming years.