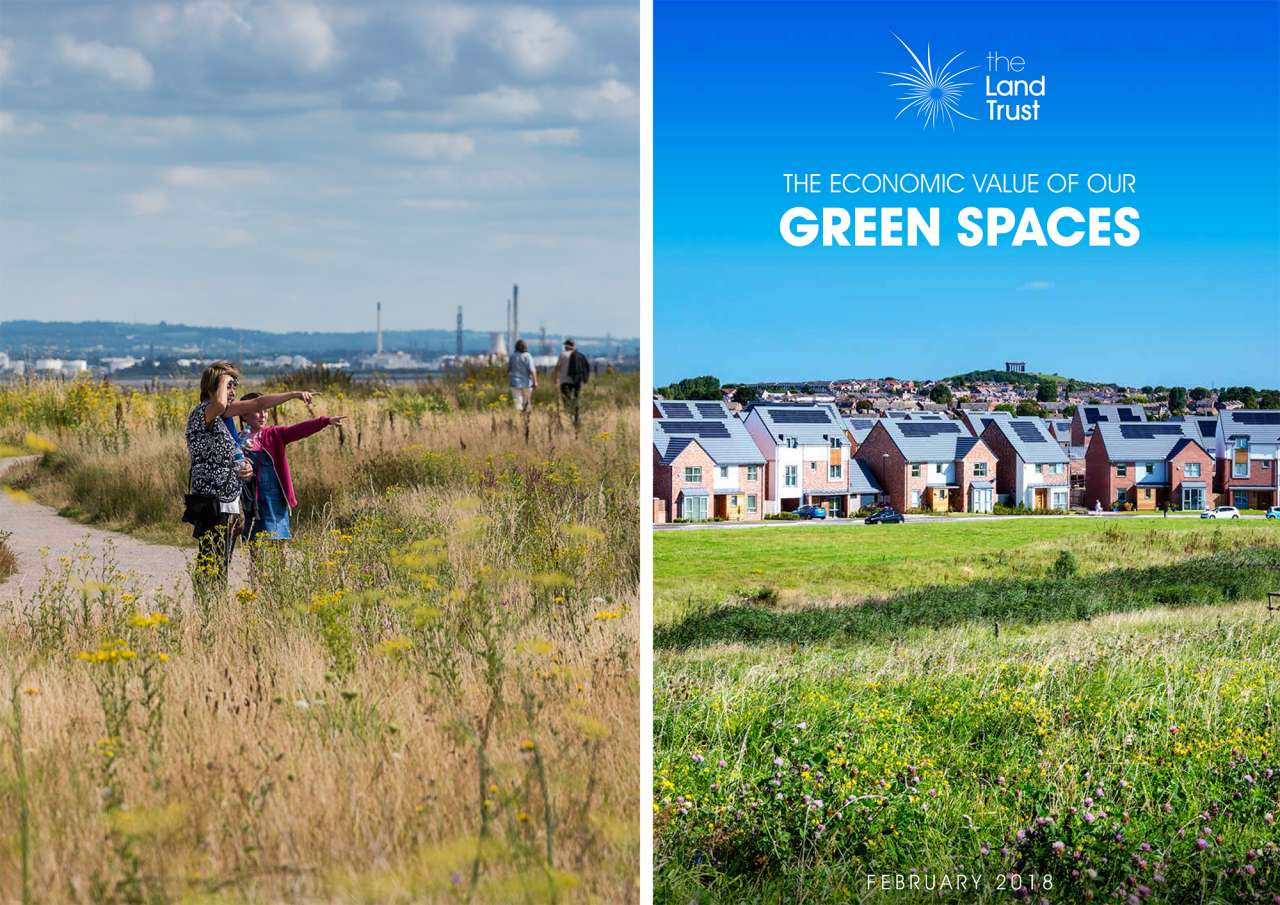 The Land Trust has published a report called ‘The Economic Value of our Green Spaces’ which illustrates the positive effect good quality green spaces can have on the local economy and surrounding communities. The report looks at one of the Land Trust’s newest parks – Port Sunlight River Park - to demonstrate how the creation and good quality maintenance of a green space can add value and generate revenue for local businesses.

The study – which was undertaken by Manchester Business School - compared the neighbourhood surrounding Port Sunlight River Park in Wirral, Merseyside to that of Rock Ferry, an area with similar commercial and residential land use allocations but with less green space.

The research revealed that since the park opened in 2014, houses within a 500m radius of the park were worth on average £8,674 more each than comparable properties outside of the radius and property values next to Port Sunlight River Park increased more sharply since the opening. There was also a 5.4% increase in value every 100 metres that a house is close to the park within the 500-metre radius.

The £3.4 million investment to create and maintain the Park has already added £7.8 million to nearby properties in just 3 years.

Visitors to the park also spent £48,000 annually in the small businesses that operate in the park, such as dog walkers and ice cream vendors. An additional £38,000 was spent in nearby local businesses by park visitors in a year.

"This study provides concrete evidence of green space bringing economic value to local communities. But there are barriers to overcome if we’re to reap the full benefits of this all around the country."

Gillespies are delighted to have been part of this incredible project which has transformed an industrial eyesore into a community asset, reconnecting the villages to the waterfront, to nature and to each other. It is wonderful to see the positive impact the park has had on the surrounding community and economy. The project was recently highly commended for ‘Adding Value through Landscape’ at the 2017 Landscape Institute Awards.

A full copy of the report can be found on The Land Trust website.