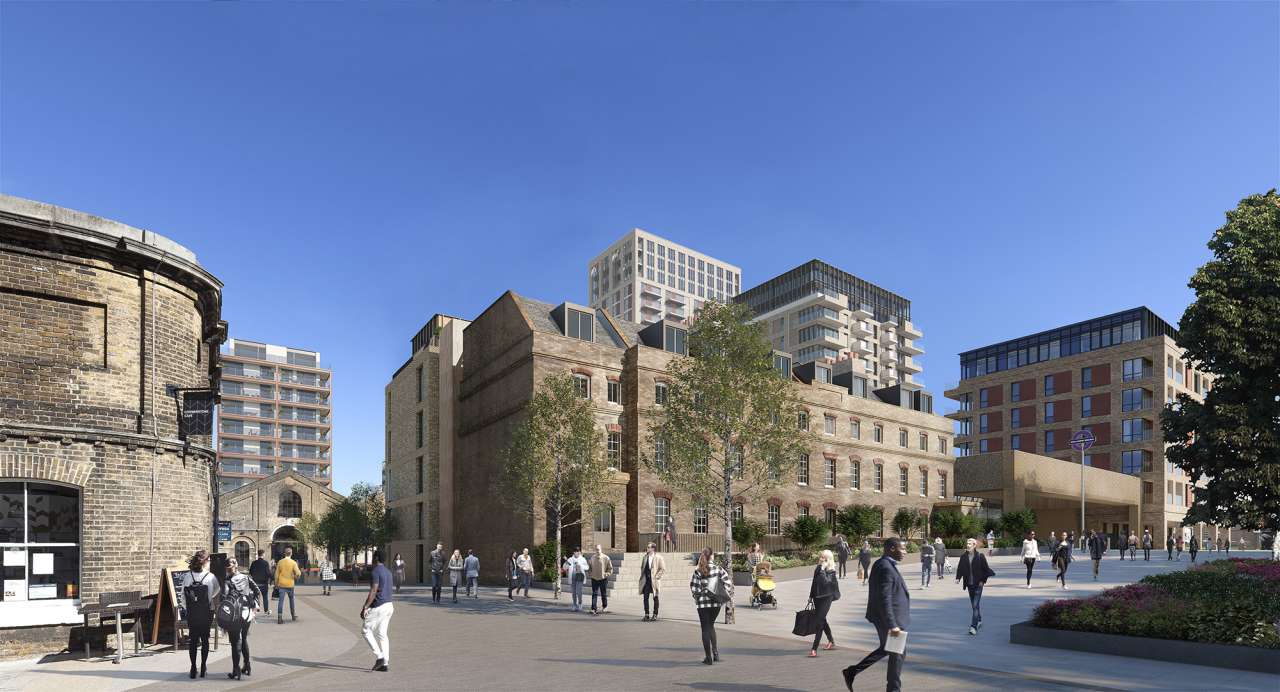 AHMM and Gillespies have submitted planning for the redevelopment of two heritage buildings in Royal Arsenal, alongside a significant new public realm including a new public square. The scheme is the next phase of Berkeley Homes' vision for the transformation of the Royal Arsenal Riverside into a vibrant new community.

Providing a mix of residential and commercial space, the proposed development by AHMM involves the restoration, refurbishment and extension of two Grade II listed buildings within the Royal Arsenal site; namely Building 10 - Royal Carriage Factory, and Building 11 - Officers' House. The proposals also include the new Royal Carriage Square that links the two buildings, and the publically accessible Royal Carriage Courtyard within Building 10, as well as a network of improved pedestrian-friendly routes and external spaces by Gillespies that work to unite the buildings and seamlessly tie the site into the wider development.