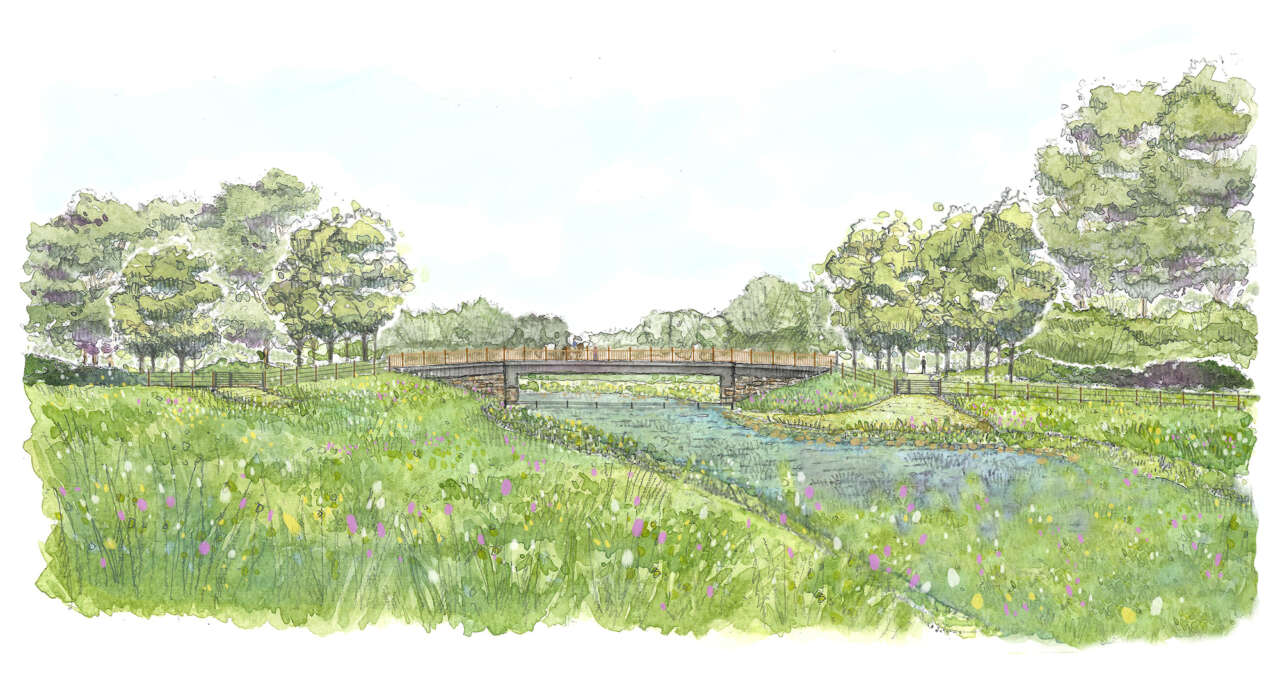 Gillespies' landscape planning team has supported the Environment Agency in submitting a planning application to reduce flood risk to Oxford's historic city from the River Thames.

Considered one of the biggest flood schemes currently planned in England, this major milestone is a significant step forward in reducing flood risk to homes, businesses and transport links in Oxford. Oxford has a long history of flooding, with significant floods in recent decades damaging homes and transport infrastructure.

Gillespies was appointed in 2015 by the Environment Agency to prepare a Landscape and Visual Impact Assessment and undertake the landscape design to support the planning application for a new flood alleviation scheme to the west of Oxford city centre. The proposals involved the creation of new flood channels and defences within Oxford’s historic flood meadows to move floodwater away from developed areas and reduce flood risk over the next 100 years.

The sensitivities applicable to the alleviation scheme include the significant contribution the scheme makes to the appreciation of the ‘dreaming spires’ of Oxford, a network of protected views across the city, nationally significant plant communities, and rich diversity of heritage assets and proximity to rural and urban fringe settlement. Due to the importance of the flood meadows to the setting of Oxford, it was necessary to ensure that the proposals not only conserved the amenity and value of the site but actively sought to enhance its setting and its wider contribution to the landscape.

Oxfordshire County Council will decide whether to approve the application following its online public consultation. People can submit comments on the planning application via the council’s ePlanning system.