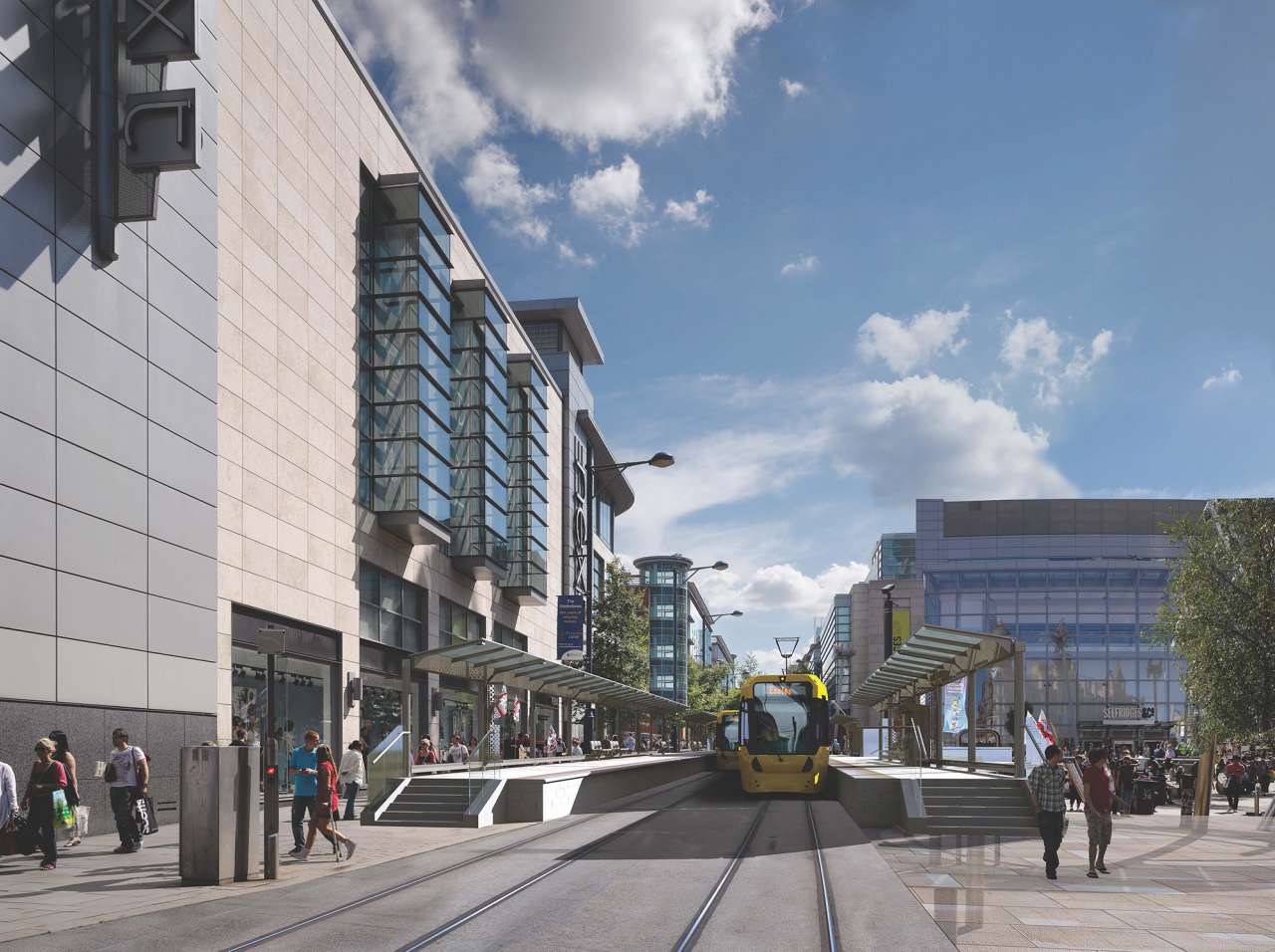 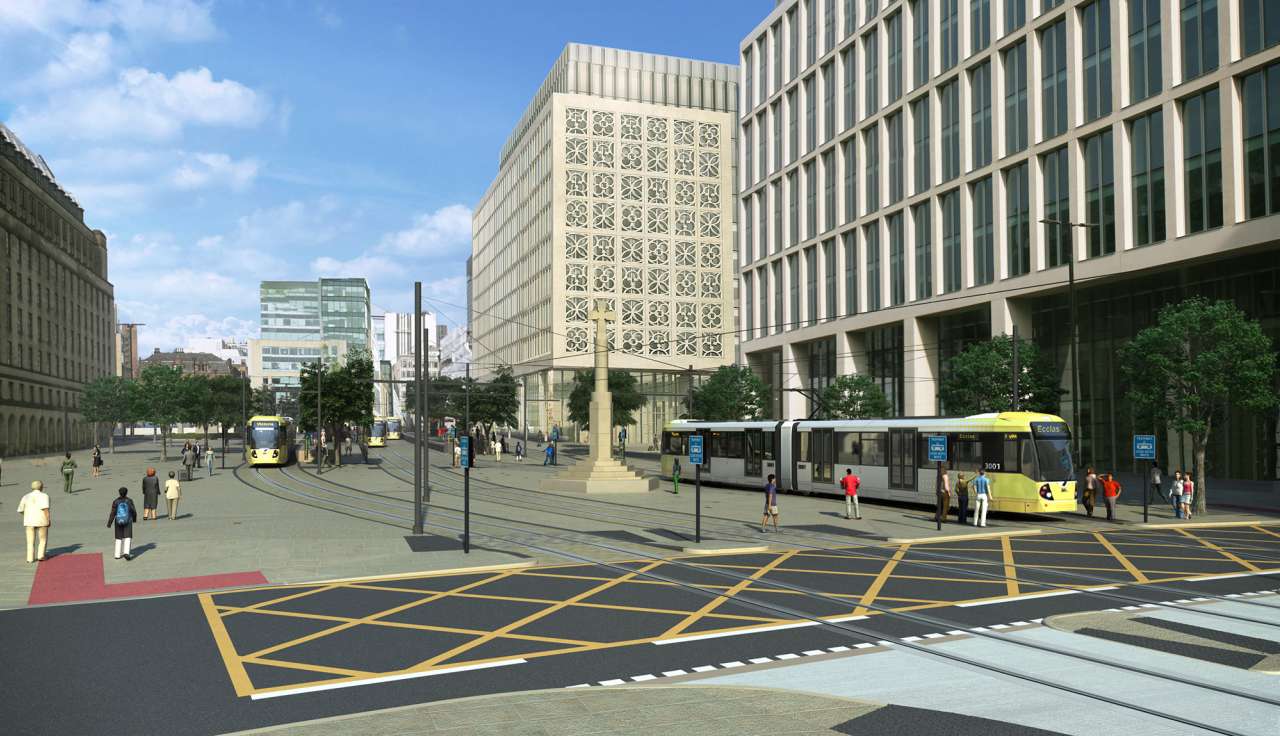 The new 1.3km line traverses some of the city’s main public spaces including the newly built stop at St Peter’s Square, Albert Square and Exchange Square, passing through Conservation Areas and sensitive buildings such as the Royal Exchange Theatre and grade I listed Town Hall.

Gillespies has been responsible for driving forward the aesthetics of the alignment and structures, ensuring new platforms and waiting areas were introduced in an appropriate manner to integrate the new scheme into the streetscape. As well as public realm design, the Practice has also provided integrated landscape architectural, town planning and visual amenity advice, assisted in the preparation of the Environmental Impact Assessment (EIA) and the production of the Design and Access Statement (DAS) that supported the planning application, as well as undertaking an inspection role during construction.

According to Transport for Greater Manchester (TfGM), the new line will increase the capacity, flexibility and reliability of all of the network’s new lines and enable them to operate to their fullest.