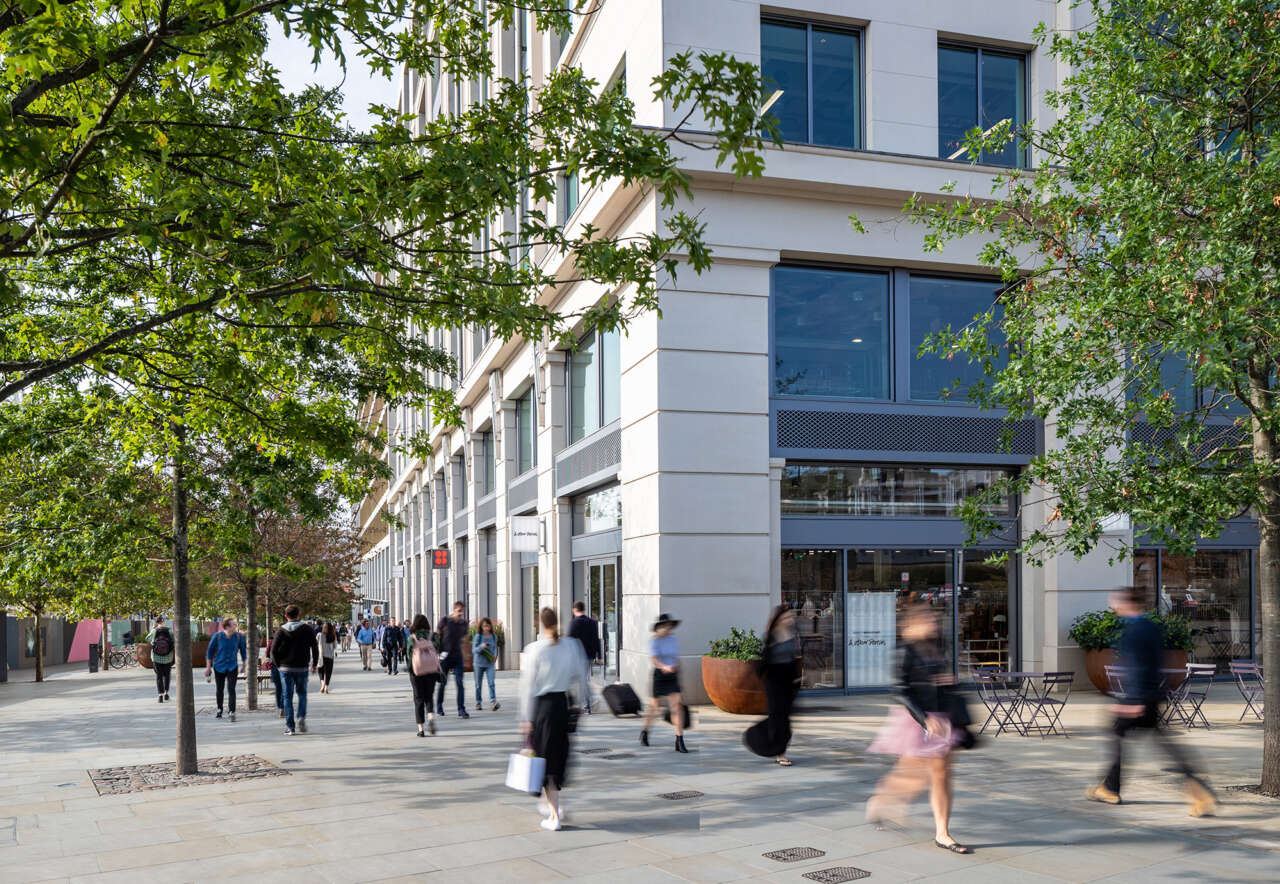 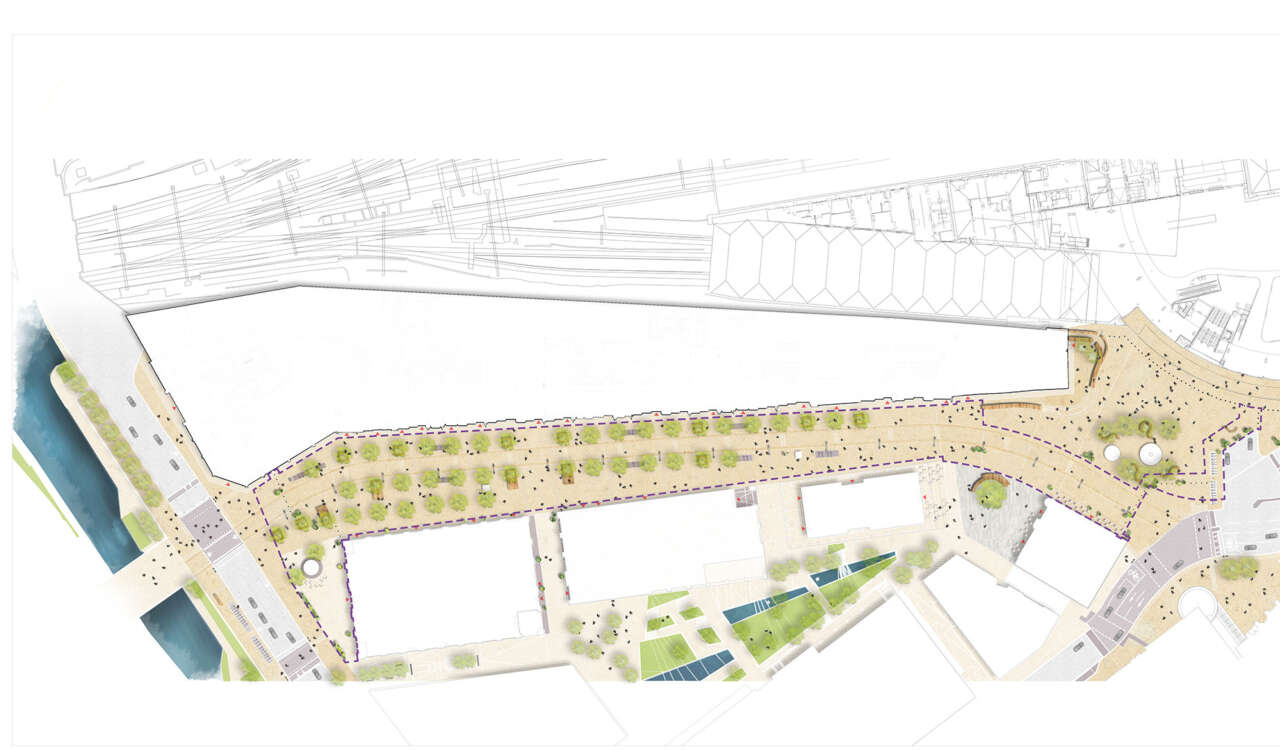 Camden Council has approved plans to pedestrianise King’s Boulevard, a key piece of existing public realm that serves as a vibrant commercial and retail street and the main thoroughfare from the busy King’s Cross St Pancras transport hub into the King’s Cross masterplan.

Bordered on one side by Google’s new landmark 11-storey headquarters and Pancras Square on the other, King’s Boulevard is a 300m-long high-quality piece of public realm that will become fully pedestrianised.

The existing Boulevard (designed by Townsend Landscape Architects) was designed to accommodate anticipated levels of pedestrian movement as well as bus and other vehicular access along it. The proposed removal of vehicular traffic, other than for limited service access, has allowed Gillespies to recast the Boulevard as a pedestrian priority space balancing its dual functions as a connective thoroughfare and a commercial/retail destination that encourages more pedestrian dwell time.

The remodelling of King’s Boulevard will encourage visitors to spend more time on the retail parade and enhance the enjoyment of the area, while also accommodating cyclists.

Julia Finlayson, King’s Cross public realm lead, said: “We know that public space and the pedestrian and cyclist experience is more important than ever. Securing planning approval will help us ensure that King’s Cross maintains its reputation as the best traffic-free space in central London. Across our 67-acre estate we have over 26-acres of open space, parks and squares, these enhancements will create even more open space to be enjoyed.”

Paul Winton, Senior Associate, from Gillespies, added: “The design for the Boulevard, and the accommodation of pedestrians and cyclists along this route, was reached following a thorough and inclusive design process based on UK best practice, consultation with local and national groups, and empirical evidence of existing and predicted pedestrian and cyclists’ movement along the Boulevard. This identified natural pause points and the design responds to this, with clusters of seating, freestanding planters and kiosks providing opportunities to rest, gather and socialise. It also facilitates future movement to and from the station entrances, and between the existing and new retail entrances along either side of King’s Boulevard.”