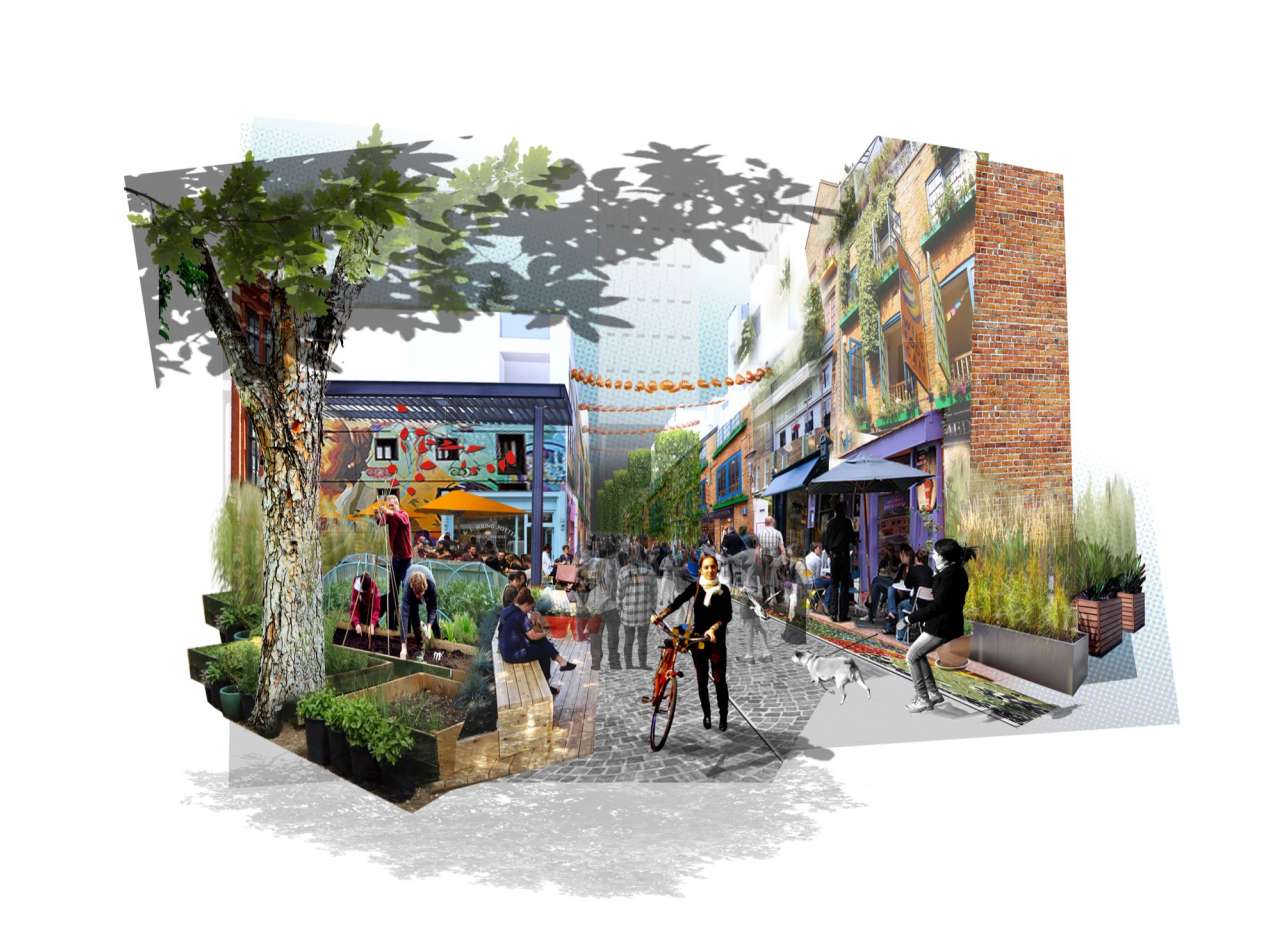 Plans have been submitted for the development of Manchester's new St. John's neighbourhood, the transformation of the former ITV and Granada Studios into an exciting new mixed-use neighbourhood as part of six separate detailed planning applications to upgrade the whole site.

Our role included collaborating with site masterplanners SimpsonHaugh and Partners to develop the public realm strategy, alongside Child Graddon Lewis, Levitt Bernstein and Buckley Gray Yeoman on individual site planning applications. This collaboration allowed us to think comprehensively and deliver a unified, yet diverse public realm for St. John's.

"This has been a terrifically stimulating project to be involved with, as we have worked with a conocopia of fantastic architects, and a site with an amazingly rich history -  from the Roman Empire to the Industiral Revolution and not forgetting The Beatles. We have responded with a multilayered laminated philosophy to the design, creating a richness and texture to the public realm and opening up these spaces to the public, creating a destination with a truly distinctive sense of space. The client team specifically wanted this antithisis to a coprorate looking carpet"