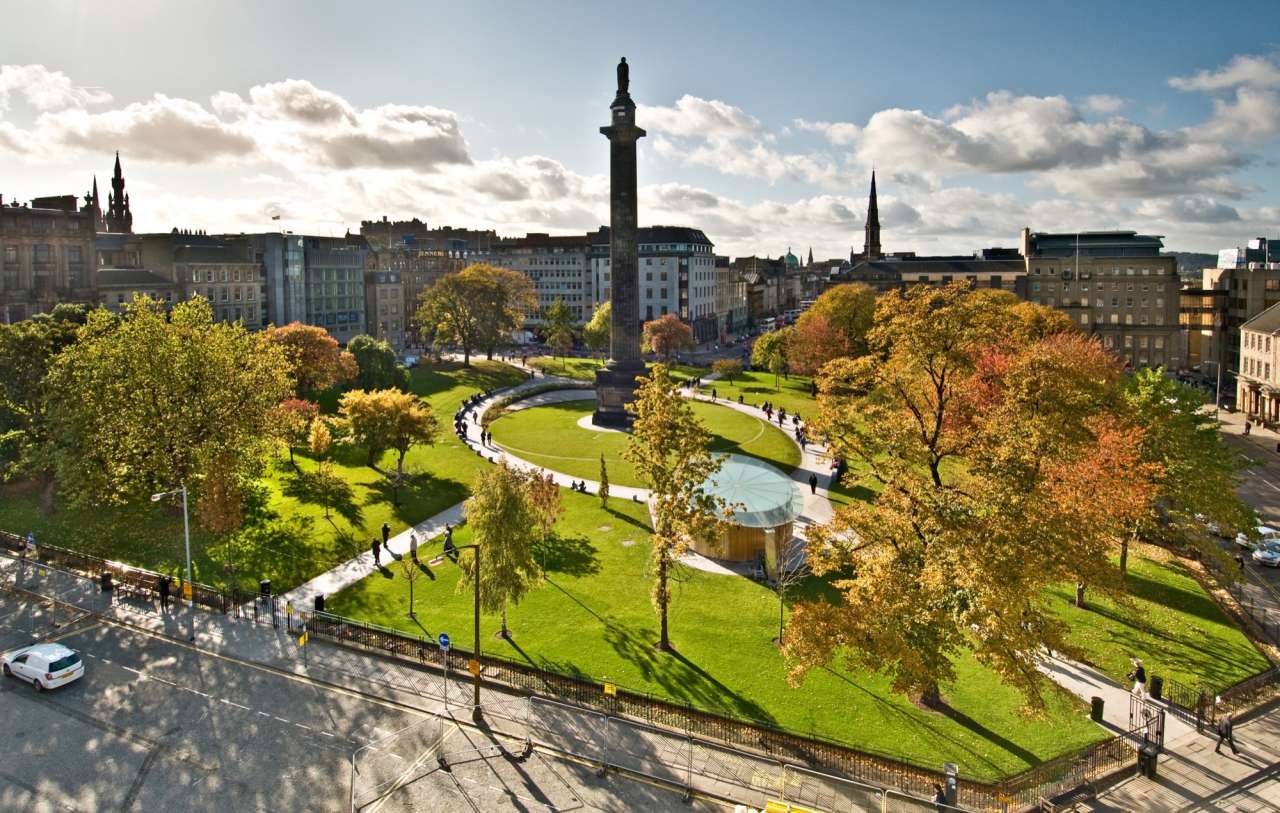 Gillespies celebrates 5 decades of design in 2012 !

With our first office having opened in Glasgow in 1962, this year Gillespies is celebrating 5 decades in practice!  Gillespies has evolved from its early beginnings as a small studio, to the UK-wide and international firm we are today.

To mark this milestone, we are showing our story and some landmark projects over the last 5 decades, on our website home page in summer 2012.

Here is a snapshot of how Gillespies has evolved over time:

In 1962 Bill Gillespie set up his landscape architecture practice in Glasgow, later to become Gillespies. Early projects included Cumbernauld New Town, where the landscapes are still enjoyed today. Other accomplishments included redesigns for historic places such as Park Circus in Glasgow and Charlotte Square in Edinburgh. By the mid-70s the practice was also active outside the UK and played a leading role in the UNDP regional plan for the Suez Canal.

The 1980s saw Gillespies taking on increasingly high-profile design commissions, both in the UK and internationally. Projects included the landscape strategy for the 1988 Glasgow Garden Festival and a development strategy for the London Docklands Development Corporation, which led to the founding of Gillespies' London studio. By the 1980s environmental assessment was becoming central to Gillespies' work, with Gillespies starting to advise the power and water industries on their environmental impacts and strategies.

By the 1990s Gillespies was undertaking an increasingly diverse range of commissions and was now operating from several UK studios. The regeneration of UK city centres formed a major part of Gillespies' work during the 1990s. For example the practice won an international competition to redesign Glasgow's city centre. This project and others resulted in prestigious awards for the practice, and enhanced public realm environments in several major cities.

Growing awareness of the role of high-quality landscape design for visitor attractions and commercial developments resulted in Gillespies undertaking increasingly varied commissions, including designing the landscapes for Legoland in Windsor, and a region-wide masterplan for new residential housing in Kent's Ebbsfleet Valley.

Gillespies started the new century with renewed vigour to apply the principles of placemaking and creative design.  The regeneration of many UK and European cities was still a priority and the practice was also involved in new developments in the Middle East and in other emerging world economies.

With quality design an important part of everyday life, Gillespies continues to apply creativity to a wide range of commissions.

Improving our infrastructure to deliver energy, transport and other essentials, while respecting the environment, is a top priority throughout the world and Gillespies is at the forefront of providing design services, and environmental and landscape assessments to these sectors.