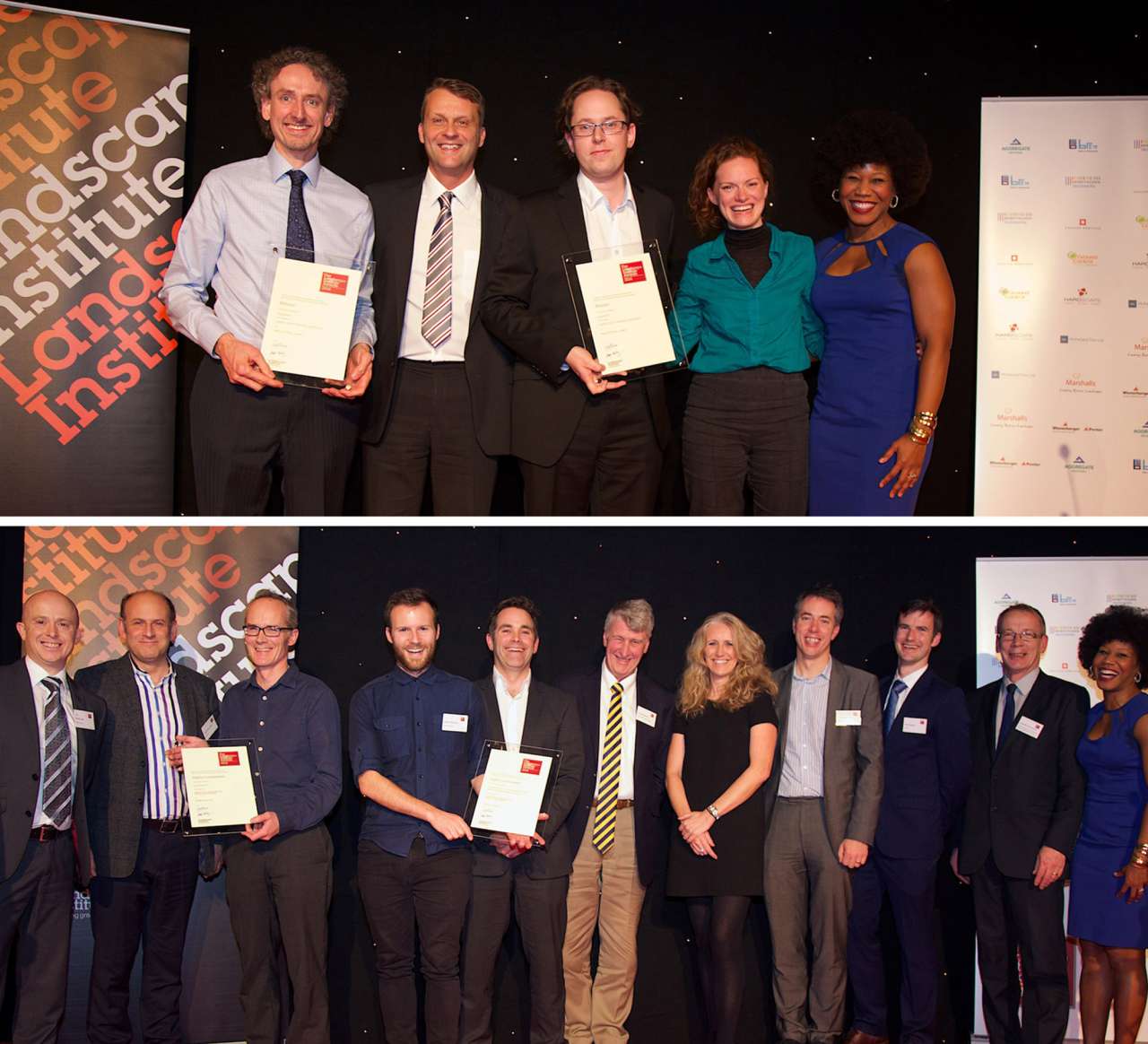 Two completed projects where Gillespies was the public realm designer have been recognised in this year's prestigious Landscape Institute Awards.

Winner of the "Adding Value Through Landscape" category was Maida Hill Place in London W9.  This completed public realm project was designed by Gillespies for Westminster City Council, and was recognised by the Institute for its outstanding regeneration and placemaking contribution.

Maida Hill Place is the first new street market in Westminster for over a century. Today, it offers the local community a regular 6-day a week market alongside special events and farmers markets. The revitalisation of this site has brought economic and social regeneration benefits to the locality: housing values have increased and levels of anti-social behaviour have significantly decreased.

Bradford's City Park also received a Highly Commended for its landscape design by Gillespies. This world-class public space was opened to the public in 2012 after many years in the making. Since it's opening, it has proved to be a highly successful city space. Today, it provides regeneration benefits for the city of Bradford and is a popular place for people to visit.