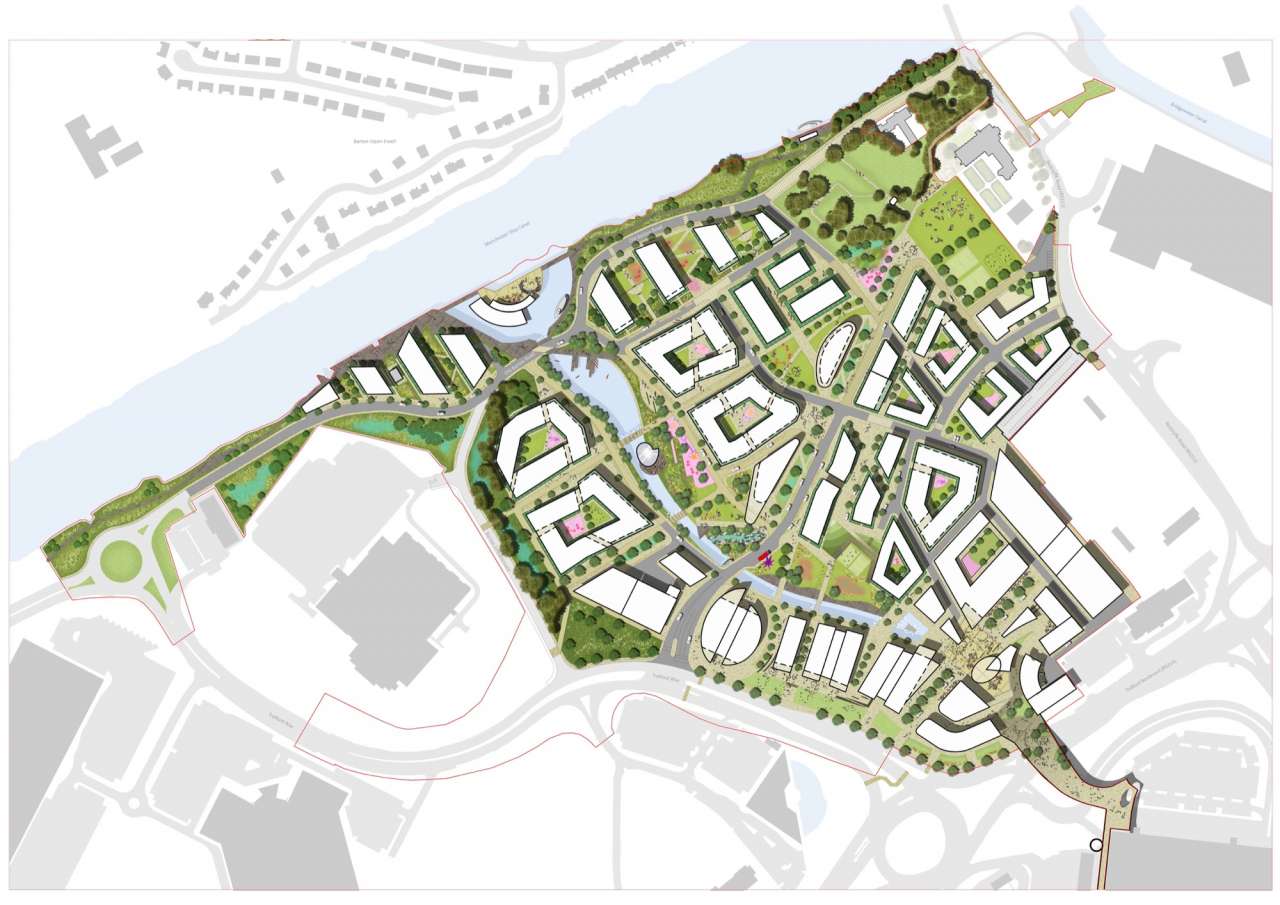 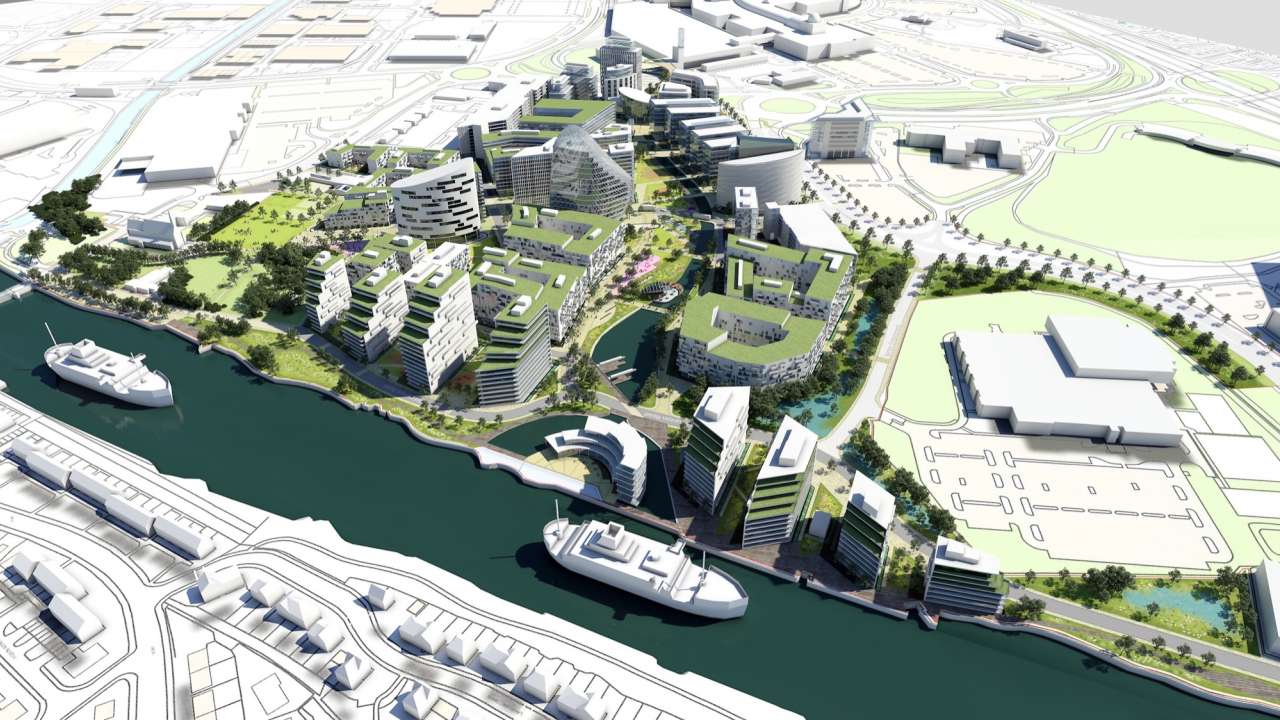 Plans have been unveiled for a £1bn mixed-use development to be known as Trafford Waters in Manchester. Gillespies has been part of the project team advising Peel Land & Property.

Peel Land & Property said the scheme, situated on the banks of the Manchester Ship Canal in Trafford and close to the Trafford Centre, would contain up to 3,000 high-density apartments with approx 875,000 sq ft of commercial space. Green corridors and waterways are planned throughout the site to ensure it is well-integrated, with high-quality green space that will help sustain vitality and vibrancy.

Gillespies has worked extensively for Peel Group previously, with its award-winning public realm design including parkland and a major plaza at MediaCityUK. In Manchester, Gillespies is also currently engaged in design and landscape planning work for Manchester's Metrolink tram system.